Stroke victims whose muscle responses have been slowed by the effects of motor neglect may improve by using the same drug therapies used to treat Parkinson’s patients, according to a study at Washington University School of Medicine in St. Louis.

"It’s possible, though, that those unfavourable outcomes resulted from an inability to identify the patients most likely to benefit from the intervention. Our data indicate that patients with damage to the putamen may respond differently to this treatment than patients who have neglect from stroke damage to other parts of brain."

Sapir describes the research, which appears in The Journal of Neuroscience, as part of a broader effort to precisely determine how strokes in different parts of the brain’s right hemisphere affect patients. She and others want to closely link damage in a given right brain region to a particular set of symptoms.

"This approach has been applied to strokes affecting the left hemisphere, where damage to various brain areas is linked to specific kinds of language deficits," Sapir says. "Taking the same approach to studying lesions of the right hemisphere should help improve patient treatment by allowing us to develop therapeutic approaches targeted to specific brain circuits and neurochemical systems."

Many problems after a right-brain stroke fall under the broad heading of neglect: inability to detect a stimulus or do something about it. Neglect is highly disabling since it interferes with a number of basic activities such as dressing, self-care and driving, Sapir notes.

Although the putamen isn’t damaged in Parkinson’s disease, scientists have identified it as a brain region that processes dopamine, the neurotransmitter that drops to low levels in Parkinson’s patients.

Scientists plan further study of how other types of neglect may be connected to damage to different brain areas. As an example, Sapir notes that when clinicians give recovering stroke patients a simple drawing to copy, some will leave out the left side of the drawing, while others will copy objects from all over the drawing, but leave out the left sides of individual objects. Whether this represents different kinds of neglect stemming from damage to different brain areas is not yet clear.

Sapir and her colleagues hope to eventually develop a battery of tests that will allow clinicians to dissociate the different kinds of neglect and develop new treatments. 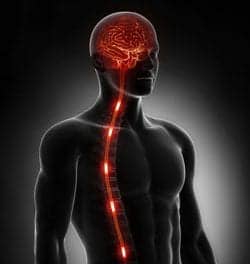