A recent study by Kessler Foundation Research Center, West Orange, NJ, published in Brain Injury, the official journal of the International Brain Injury Association, has uncovered the possible cause of cognitive fatigue in patients suffering from traumatic brain injury (TBI), according to the Foundation.

Cognitive fatigue has been shown to be one of the most challenging symptoms following TBI, greatly affecting everyday life activities such as work and school, Kessler says. The study also addressed the difficult task of measuring cognitive fatigue through the use of functional MRI (fMRI), an advanced imaging technology. In addition to civilians with TBI, methodology from the study could potentially be used in VA hospitals to improve the lives of the estimated 300,000 US Iraq and Afghanistan war veterans who suffer from brain injury, according to the Foundation. Cognitive fatigue is a highly prevalent condition, with 73% of TBI patients reporting significant levels of fatigue even 5 years post-injury, the Foundation reports.

“Cognitive fatigue has been shown to be one of the most debilitating symptoms after a traumatic brain injury. It can hinder every aspect of a person’s life,” said John DeLuca, PhD, VP of Research, in a statement issued by Kessler Foundation Research Center. “The study could potentially improve the quality of life for civilians and veterans with TBI as well as stroke survivors and individuals with multiple sclerosis, Parkinson’s disease, and AIDs.”

A roadblock in the progress for treating patients for cognitive fatigue is the lack of proven assessment tools, according to the Foundation. Researchers have been struggling for nearly a century to find ways to measure and diagnose cognitive fatigue. Common methods include self-reporting and objective assessments; however, the many limitations associated with both methods have hindered advancements in research and ultimately patient rehabilitation, the Foundation says. This study offers a new and innovative paradigm to investigate brain activation during a cognitive task, says the Foundation.

DeLuca was senior author of The Neural Correlates of Cognitive Fatigue in Traumatic Brain Injury Using Functional MRI (Kohl et al, Brain Injury 2009;23(5):420-32), which details how fMRI was used to assess cognitive fatigue in people with TBI while they were performing behavioral tasks. Researchers compared the readings of 11 healthy controls with those of 11 participants with moderate to severe TBI. The fMRI images illustrated increased brain activity in the patients with TBI, which indicates greater cerebral effort indicative of cognitive fatigue, according to the findings.

“This unique study expands our understanding of how TBI alters brain function and introduces a new approach for future studies,” said Rodger DeRose, president and CEO of Kessler Foundation, in a statement issued by the Foundation.

Funded by the National Institute on Disability and Rehabilitation Research, Kessler Foundation Research Center is one of 14 federally funded TBI model systems in the nation, according to the Foundation. Model systems are comprehensive networks that promote independent and collaborative research that will improve the national standard of care for individuals with this devastating injury. 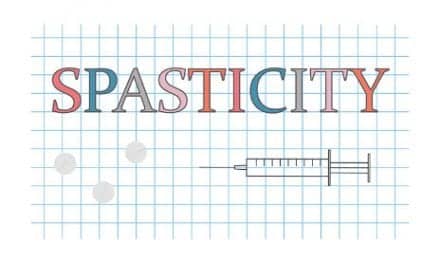 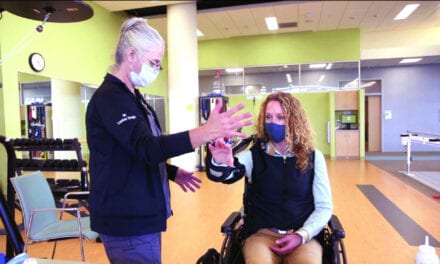 Repeat After Me: Task-Oriented Recovery