Research appearing in the journal Arthritis Care & Research suggests that rheumatoid arthritis (RA) patients should be advised of the key role statin therapy may have in reducing cardiovascular disease (CVD) mortality risk. Mary De Vera, PhD, University of British Columbia school of population & public health and the Arthritis Research Center of Canada, reportedly served as lead author for the study.

Researchers report that they used data from the British Columbia Ministry of Health records to identify 37,151 RA patients treated between January 1996 and March 2006. Researchers add that 4,102 of the RA patients used statins. The study indicates that statin discontinuation was defined as non-use of the prescribed medication for 3 months or more during the course of therapy. The study also indicates that the mean age of the RA patients was aged 67 years and 60% of the patients were female.

According to researchers, follow up data for 16,144 patients using statins was recorded and suggested that roughly 45% of statin users discontinued therapy at least once during the 4-year follow-up period. Researchers report that during the study, 198 mortalities occurred from CVD, with a total of 467 deaths overall. The study notes that among the CVD mortalities, 31% occurred as result of heart attack and 15% as a result of stroke.

Following further analysis, statin discontinuation was linked to a 60% increased risk of CVD deaths and 79% for deaths from all causes, which researchers say were not moderated by timing of the first statin prescription, age, or gender. 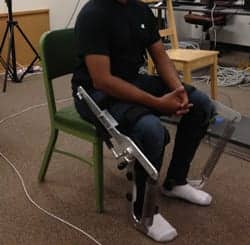