NEW YORK (Reuters Health) – Even when functional outcomes of surgery for aneurysmal subarachnoid hemorrhage are good, neurocognitive impairment is common, investigators report in the June issue of Stroke. In their study patients’ cognitive recovery significantly improved over 9 months, after which time further improvement was minimal.

Dr. Satwant K. Samra and associates conducted a longitudinal, prospective trial of adults with a Glasgow Outcome Scale score of 1 or 2 at the 3-month evaluation. Their study was an offshoot of a trial that investigated the effects of mild intraoperative cooling and anatomical location of hemorrhage on outcome.

Dr. Samra, an anesthesiologist at the University of Michigan Medical center in Ann Arbor, and associates report that 35.7% of subjects at 3 months, 25.8% at 9 months and 23.3% at 15 months were cognitively impaired. Neither hypothermia nor location of the aneurysm had any effect on outcome. The rates of impairment did not differ significantly between 9 and 15 months.

The investigators observed that higher premorbid verbal intellect, as assessed by the National Adult Reading Test-Revised, was associated with cognitive improvements after surgery.

Dr. Samra’s team concludes: "Improvement reaches a plateau between 9 and 15 months postsurgery, and this has important implications in discussion with patients, families and healthcare providers while planning rehabilitation." 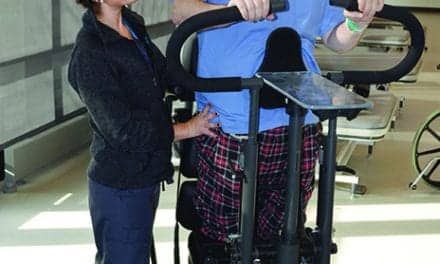