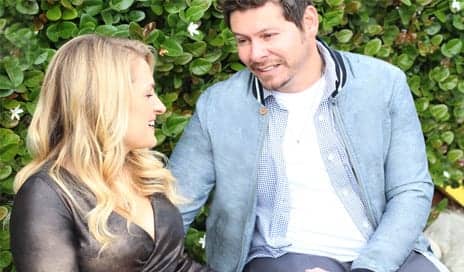 A recent photo shoot organized to create images directed at normalizing the presence of people with disabilities in the media featured clothing made by self-described “wheelchair couture” manufacturer Chairmelotte, headquartered in Den Bosch, the Netherlands.

Models for the shoot, conducted in Los Angeles, included Ali Stroker, of The Glee Project and Glee, and Andrew Angulo, member of the board of directors of the Triumph Foundation. Angulo is described as a paraplegic affected by a T7 spinal cord injury, while Stroker is affected by a C7-T2 level injury.

Director and stylist for the shoot was Stephanie Thomas, who is an an LA-based disability fashion editor. Julie Mendez was photographer for the shoot, which produced images intended to be used as resources by Chairmelotte for its own marketing as well as in the mainstream fashion industry.

The Lookbook in which the images are published online is titled “California Lovin.” According to the Lookbook, Thomas believes everyone can be dressed in beautiful clothing designed with their body types in mind. Thomas is said to promote fashionable functional clothing that will have a direct impact on self-perception, social interaction, and overall quality of life.

This, according to the Lookbook, involves understanding that every industry has a standard. And, although technology quickly changes how fashion norms are defined, there are still strict expectations about what marketing material should be like.

A statement in the Lookbook attributed to Chairmelotte says, “We hope these pictures may contribute to our shared aim of normalizing the presence of people with disabilities in the media.”