Former Canadian soldier Trevor Greene, who survived a debilitating brain injury while on duty in Afghanistan in 2006, has recovered his ability to walk again with the help of a customized exoskeleton, his personal determination, and support of researchers at Simon Fraser University. (Photo courtesy of Marianne Meadahl, Simon Fraser University)

Trevor Greene, who experienced a traumatic brain injury while serving in Afghanistan in 2006, has reportedly recovered his ability to walk, with help from a customized exoskeleton developed at Simon Fraser University (SFU).

to a media release from the Burnaby, BC, Canada-based university, Greene began working on his recovery with Ryan D’Arcy, PhD, professor in SFU’s School of Engineering Science, in 2009. D’Arcy asked Greene to participate in a research project exploring how brain plasticity affects motor functions.

For his research project, D’Arcy collected functional magnetic imaging (fMRI) scans of Greene’s brain at various times to see how the brain rewires itself after injury.

The study, published recently in The Journal of Head Trauma Rehabilitation, suggests that physical skills can be recovered through rehabilitation even 6 years after an injury, the release notes.

In 2014, D’Arcy recruited Carolyn Sparrey, an assistant professor in SFU’s School of Mechatronic Systems Engineering, to see if she could customize an exoskeleton for Greene.

The release explains that exoskeletons are typically designed for those with spinal cord injuries as an assistive technology providing lower leg movement. However, Sparrey notes that this is the first time exoskeleton technology has been used for a person with a brain injury.

The exoskeleton was custom-made for Greene by ReWalk, based in Israel. The motorized exoskeleton has been customized even further by ReWalk to allow Greene to wear the battery pack as a backpack, per the release.

“This newest dimension in his rehabilitation, wearing exoskeletons to walk again, enables SFU faculty members to track research milestones in a real-life scenario while making a positive impact on his life,” D’Arcy says in the release. 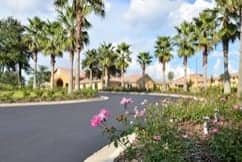 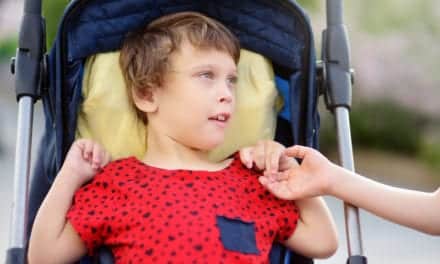 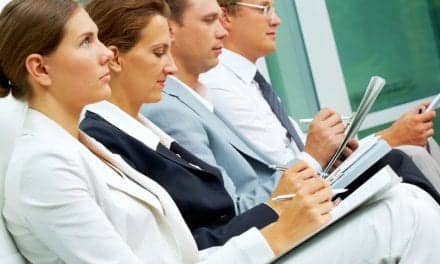 TBI Summit Set for July 18 Through 19