A recent study suggests that there could be a possible link from traumatic brain injury (TBI) to Alzheimer’s disease and chronic traumatic encephalopathy (CTE).

In a news release from Beth Israel Deaconess Medical Center (BIDMC), researchers note that the study, published recently in the journal Nature, could offer the potential for early intervention to prevent these diseases from occurring.

According to the release, the researchers found that a misshapen isoform of the tau protein can develop as soon as 12 hours after a TBI occurs, setting in motion a course of events that can lead to widespread neurodegeneration. They also developed an antibody that they say can detect and destroy this protein.

“Healthy tau protein is found in the brain and serves to assemble and support microtubules, the ‘scaffolding systems’ that give neurons their unique shape and are integral to memory and normal brain functioning,” explains co-senior author Kun Ping Lu, MD, PhD, chief of the Division of Translational Therapeutics in the Department of Medicine at BIDMC and professor of Medicine at Harvard Medical School (HMS), in the release.

However, in Alzheimer’s, CTE and other neurodegenerative diseases, collectively called tauopathies, tau becomes tangled and unable to function properly, the release notes.

“Recent studies of CTE in the brains of boxers, American football players, and blast-exposed veterans have identified extensive neurofibrillary tau tangles. But, because these tangles were not detected until months or, more likely, years after TBI, it has not been known whether tauopathy is a cause or a consequence of TBI-related neurodegenerative disease. We have now shown that it is a cause of these diseases,” Lu states in the release.

The study’s co-senior author Xiao Zhen Zhou, MD, also an investigator in BIDMC’s Division of Translational Therapeutics and assistant professor of Medicine at HMS, had previously developed polyclonal antibodies capable of distinguishing between two distinct isoforms of the phosphorylated tau protein, per the release.

The isoform known as trans is in a relaxed shape and is important for normal brain functioning. The other isoform, known as cis, is in a twisted shape and is prone to becoming tangled. Cis P-tau is an early pathogenic protein leading to tauopathy and memory loss in Alzheimer’s disease, the release explains.

“In this new study, we wanted to find out whether cis P-tau is present following TBI and, if so, how to eliminate it from the brain without disrupting the healthy functioning of trans P-tau,” Zhou says in the release.

“We generated a monoclonal antibody able to detect and eliminate cis P-tau very early in the disease process,” he continues.

After confirming the existence of this toxic cis tau isoform in the brain tissue of humans who had died of CTE, the researchers simulated contact-sport and blast-related injuries in mouse models, and found that the brain’s induction of cis P-tau is dependent on injury severity and frequency, the release explains.

“Mild TBI, also known as a concussion, results in moderate and transient cis P-tau induction,” Lu explains in the release. “However, repetitive concussions, as might occur in contact sports, can result in robust and persistent cis P-tau induction. This is similar to what is produced following a single severe TBI caused by a blast or impact.”

Subsequent experiments revealed that the cis P-tau protein disrupts the brain’s microtubule scaffolding systems and the transport of mitochondria, and eventually leads to neuron death by apoptosis. The research also showed that, over time, cis P-tau progressively spreads throughout the brain, the release explains.

Lu notes in the release that the next steps will be to establish cis P-tau as a new biomarker to help enable early detection, and to humanize the cis antibody for treating patients with TBI. 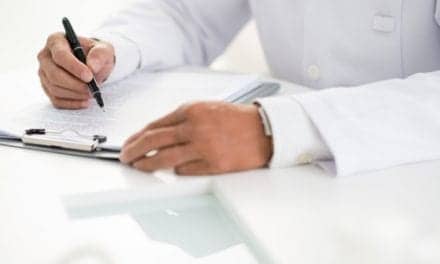 Combination of Factors Impact Hospital to Home Transition in TBI Patients and their Significant Others, Researchers Say