The University of South Florida (USF), Tampa, Fla, recently announced that it is the recipient of a US Department of Defense (DOD) grant to fund translational research on traumatic brain injury (TBI) and other battlefield-related injuries and diseases. The $1.57 million grant will fund studies, many collaborative research efforts with the Tampa-based James A. Haley Veteran’s Hospital, that are designed to enhance quality of life for military personnel returning from Iraq and Afghanistan, a recent USF news release reports.

Paul R. Sanberg, USF senior associate vice president for research and innovation, director of the USF Center of Excellence for Aging and Brain Repair, notes that the grant will allow for the development of novel studies and multidisciplinary work that will, “provide critical knowledge about TBI and its complications that could lead to more effective diagnosis and treatments for soldiers and veterans, as well as skills to improve their physical and psychological adjustment into civilian life,” Sanberg explains.

According to the news release, the grant will touch on four major projects. The first encompasses assessment of how granulocyte colony stimulating factor (GCSF) in animal models may help treat TBI. Next, a clinical trial will test whether GCSF reduces neurologic damage and improves recovery of memory, decision-making, and other cognitive functions in soldiers and veterans with TBI.

Researchers report that following the trial they will seek to identify improved diagnostic measures for mild TBI by comparing gait, hearing, and vestibular functions in healthy USF student veterans, with and without self-reported TBI, to those of non-veteran students. Lastly, researchers report that they will monitor changes in patterns of everyday movement and the cognitive function of TBI patients undergoing smart house-based rehabilitation at the Tampa VA Hospital’s Polytrauma Transitional Rehabilitation Program. The aim of the study is to reportedly pinpoint whether scientific analysis of movements can assist in the assessment of therapeutic improvement. A second part of the study will target whether USF student veterans reporting mild TBI exhibit greater variability in walking patterns than those without mild TBI.

The news release adds that the DOD grant will also help bolster USF’s plans to collaborate with the VA and DOD to build an interdisciplinary research, education, and treatment facility called the Center for Rehabilitation, Science, Engineering and Medicine. 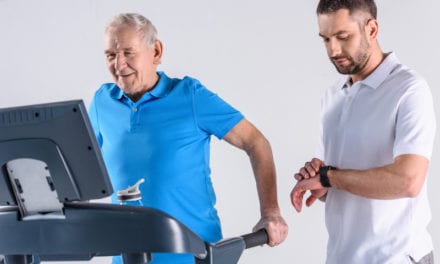 A Better Way to Use Neuroplasticity