Tobii ATI, Dedham, Mass, has introduced a new recorded speech device, the Tobii S32, which allows users a way to communicate by activating pre-recorded messages at the touch of a finger.

The Tobii S32 is an augmentative and alternative communication (AAC) device that plays back pre-recorded messages, sounds or IR-signals simply by touching a sheet of printed symbols, pictures, or scenes. The messages and sounds are recorded either directly onto the Tobii S32 or via Tobii SymbolMate™ software. With Tobii SymbolMate a user can create page sets and print them out on any printer. 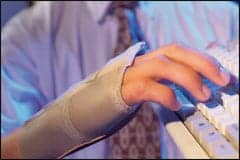 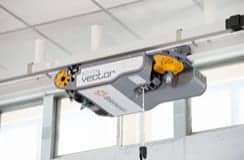