NEW YORK (Reuters Health) – Advanced 3-dimensional cortical mapping can distinguish between mild cognitive impairment (MCI) and mild Alzheimer disease (AD), according to a report in the October issue of the Archives of Neurology.

"AD pathology marches through the brain many years before we can diagnose it – which is unsettling," Dr. Liana G. Apostolova told Reuters Health. "These avant-garde neuroimaging advances deliver a promise that pre-clinical diagnosis of AD will soon be feasible."

Dr. Apostolova from the David Geffen School of Medicine, University of California at Los Angeles, and associates used 3-D cortical mapping to analyze structural MRI data for 24 patients with amnestic MCI and 25 patients with mild AD.

Patients with mild AD showed 10% to 15% greater gray matter atrophy in most of the cortex than did patients with amnestic MCI, the authors report.

In both groups of patients, the researchers note, there was less cortical gray matter in the right hemisphere than in the left hemisphere.

"At this point these analysis methods are largely a research tool, but we are hopeful in the near future to develop software techniques that could be useful in the clinic," Dr. Apostolova said. "Our new maps reveal the systems that change with the gradual descent to AD, and we hope to compare individual imaging findings to these maps to help understand future prognosis." 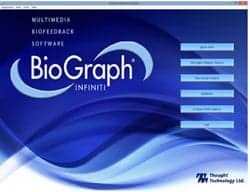