In the waning hours of the first session of the 110th Congress, the House and Senate passed a Medicare bill impacting rehabilitation providers and millions of Medicare beneficiaries, which President Bush signed.

Had legislation not been passed before recessing for the holidays, therapists and providers reimbursed under the Medicare Fee Schedule would have been hit with a 10.1% cut in reimbursement beginning with the New Year. Likewise, congressional action was necessary to prevent the arbitrary Medicare per beneficiary therapy caps from being fully implemented January 1.

Congress had been tied in knots for the past several weeks and had been unable to come to agreement on to how to pass the necessary budget bills, prevent the alternative minimum tax (AMT) from being extended to 23 million Americans in 2008, and how to respond to the president’s request for additional funds for the wars in Iraq and Afghanistan. Additionally, two major bills—Energy and Farm—had been stymied.

Several proposals by the Democratic majority were rejected by the Senate republicans or by the White House, or both. In order to move any package through the Senate, 60 votes were necessary to overcome a filibuster. President Bush objected to spending beyond his recommended budget, objected to any additional tax and objected to taking any money from Medicare Advantage to fund other portions of the Medicare program. Because of the Democrats’ self-imposed rules that require offsets for any bills that entail spending (“PAYGO” rules), attempts to find sufficient funds to fix the Medicare Fee Schedule problem and waive the therapy cap had not met with success. In the end, the Senate passed a “bare-bones” Medicare bill that averted the 10.1% cut and extended the exceptions process for the Medicare therapy caps.

Congress has frequently, if not routinely, passed last minute legislation that waives, for 1 or 2 years, the payment rate called for by the formula known as the sustainable growth rate (SGR). However, this year for the first time the legislation is effective for only 6 months. Beginning July 1, 2008, the Medicare payment rate will be reduced again by at least 10% unless Congress acts beforehand. Likewise, congressional action and presidential signature are necessary to prevent full implementation of the arbitrary per beneficiary Medicare therapy caps. Such action may prove extremely difficult for Congress which will find itself in a compressed legislative year due to presidential election politics. For the past 2 years, therapists and physicians reimbursed under Medicare have been operating under a payment freeze that was to conclude December 31. Congress was quite aware of the impending 10.1% cut and pledged to take action to avoid the decrease. In July, the House passed the Children’s Health and Medicare Preservation (CHAMP) Act, a combined Medicare and State Children’s Health Insurance Program (SCHIP) bill that used increased cigarette taxes to pay for SCHIP renewal and expansion, and tapped Medicare Advantage funds to pay for the fee schedule update (0.5% per year for 2 years). President Bush threatened to veto any bill that used either of those approaches.

Upon receipt of the CHAMP bill, the Senate chose to separate the House package and passed only the SCHIP portion of the legislation. Indeed, the president made good on his promise and vetoed the bill in October. In fact, he vetoed SCHIP reauthorization legislation both times it was sent to him.

In December the House attempted to revive the Medicare portion of the CHAMP bill but postponed action when Senate Republicans as well as the president made it clear that they would not support any legislation that took money from Medicare Advantage (MA). MA plans are subsidized by the government to provide coverage to Medicare beneficiaries through private insurance companies. These plans, particularly those known as private fee-for-service (PFFS) plans have been largely criticized because they are paid, on average, 19% more than what it would cost the government to insure the same beneficiaries through traditional Medicare. (Congressional Budget Office, 2007)

In the end, the Senate Finance Committee crafted a bill that could move through the Senate without objection. The minimalist legislation included the 0.5% increase in the fee schedule conversion factor for the first half of 2008, an extension of the therapy cap exceptions process for the same period, extension of a provision that provides a 5% bonus payment to physicians practicing in physician shortage areas and extension of the floor on work geographic index (GPCI), all through June 30, 2008.

When the Bush administration signaled, late in the negotiations, that it was opposed to the use of Medicare Advantage as a funding source, it became apparent that a minimalist approach was necessary. Even then, it would be necessary to tap other providers for the offsets. At one point the HHS Secretary Michael Leavitt also demanded that future physician payment increases be coupled with a requirement that physicians adopt electronic medical record systems. But subsequently the administration backed away from that position.

The funding offsets did affect long-term acute care (LTAC) hospitals which had their market basket update frozen for the last quarter of rate year 2008. LTACs were provided regulatory relief for 3 years to ensure continued access to current long-term care hospital services, while also imposing a limited moratorium on the development of new long-term care facilities. And new facility and medical review requirements were established to ensure patients are receiving appropriate levels of care at these facilities. The legislation also requires the Secretary to conduct a study on long-term care hospital facility and patient criteria.

A longer term positive development that resulted from congressional inaction is the continuation of the Physician Quality Reporting Program (PQRI). This program was authorized by the Tax Relief and Health Care Act (TRHCA) and was in effect for the last 6 months of 2007. The program, scheduled to continue through 2008, was at risk when the House, in the CHAMP Act, cut funding for the PQRI and used the revenue to help pay for the modest positive update in the fee schedule. This action would have rendered the PQRI completely voluntary and uncompensated for 2008, which is the final year for which it has been authorized. The Medicare bill that ultimately passed both chambers leaves the PQRI in place and ensured CMS sufficient operational funds to conduct the program.

There was only one PQRI measure applicable to therapists in 2007 (“Screening for risk of future falls”), but the list has been expanded and at least three—and possibly as many as six—additional therapy measures will be effective for 2008. (The measures and specifications can be found at www.cms.hhs.gov/pqri). The full list of measures in effect for 2008 is final at 119.

What this means is that therapists are fully eligible to participate in PQRI in 2008 and when sufficiently complying with the requirements of the program, share in the 1.5% bonus for reporting measures through the claims process.

Despite his low popularity ratings, President Bush has largely exhibited a “my-way-or-the-highway” attitude in his dealings with Congress. On SCHIP, President Bush has twice vetoed legislation sought by Democrats, arguing that their bill was a move toward socialized medicine. On energy, he forced Democrats to abandon a significant tax increase on the oil industry and a requirement that electric utilities use renewable resources. On the budget, Democrats proposed $22 billion more in spending than President Bush. They offered to meet him halfway, cutting $11 billion, but he refused, and Congress ultimately passed a budget within the president’s limits.1

Many are surprised not only with the political clout the president maintained given his low-poll ratings, but also that he was able to convince Republicans in Congress to stay with him. Others suggest these short-term wins may come with a long-term price. Independent analysts, Democrats and even some Republicans say that by distancing himself from Congress instead of diving into the hard work of negotiations, Bush has deepened the already large divide between himself and lawmakers, making compromise more difficult.1

In the short term, Mr. Bush prevailed in his tactical fights because of congressional Republican loyalty which will undergo its real test in next year’s elections, when they may be forced to distance themselves from their unpopular president.

Despite Congress’ success in passing a Medicare bill, consumer groups including AARP registered their disappointment.

“The debate over Medicare legislation has been a true disappointment to millions of seniors tired of paying more in premiums so that insurers offering private Medicare Advantage plans can keep their billions in government subsidies,” says Barbara Kennelly, president and CEO of the National Committee to Preserve Social Security and Medicare. “This legislation offers only a band-aid fix to the doctor’s fee cut and clearly puts insurers’ profits ahead of Medicare’s solvency and seniors’ needs,” she stated.2

AARP’s Director of Government Relations David Sloane weighed in by saying: “Given the inability to find consensus on a broader Medicare improvement package, the short term package coming before the Senate this week is the path of least resistance and is woefully inadequate. The American people deserve better. It is a shame that our elected officials will go home for the holidays without helping low-income beneficiaries…It also is discouraging to millions of older Americans that the administration was unwilling to consider any reductions in the billions of dollars in excess payments to Medicare Advantage plans—particularly to private fee-for-service plans, which do not have to coordinate care and have been the subject of widespread marketing abuses—in order to help improve Medicare.”3

Both organizations pledged to be actively involved in the 2008 debate regarding Medicare.

CHALLENGES IN THE LONG-TERM FUTURE

Beyond 2008, Congress still has considerable Medicare issues in need of legislation. Irrespective of congressional action before December 31, the lawmakers will be urged to address the sustainable growth rate (SGR), the dysfunctional formula used to determine Medicare reimbursement as another cut (approximately 5%) is scheduled to take effect January 1, 2009. Complicating this matter is PAYGO—Congress is not expected to have any more available revenue next year than it has now—and the fact that 2008 is a presidential election year. This results in a rather abbreviated legislative calendar as presidential politics will consume, polarize and possibly paralyze the Congress no later than July of next year. The short legislative year dims prospects for successful Medicare legislation in 2008. However, the Senate has signaled that it will attempt to use the budget resolution and reconciliation process that outlines a framework for handling legislation. A successful budget resolution would enable the Senate to pass a Medicare bill by a majority vote and thus avoid the prospect of a filibuster.

On December 13, Peter Orszag, director of the Congressional Budget Office (CBO), testified before the House Budget Committee on the Federal budget long-term outlook. Since taking over CBO last year, Orszag has placed strong emphasis on reforming health care as a means of controlling health care spending.  To that end, he created a CBO health advisory group. In his testimony before Congress, Orszag said “In the absence of significant changes in policy, rising costs for health care and the aging of the US population will cause federal spending to grow rapidly. Significant uncertainty surrounds long-term fiscal projections, but under any plausible scenario, the federal budget is on an unsustainable path.” The rise in health care spending is the largest contributor—even more than the aging of the American population—to the growth projected for federal spending. In other words, the bulk of the projected increase in health spending reflects higher costs per beneficiary rather than an increase in the number of beneficiaries associated with an aging population. Therefore, efforts to reduce overall government spending will require potentially painful actions to slow the rise of health care costs.4

A physical therapist since 1972, Connolly served as senior vice president for Health Policy at APTA for 6 years before forming his private lobbying practice, Connolly Strategies & Initiatives. CSI’s clients include PTPN. Connolly can be reached at . 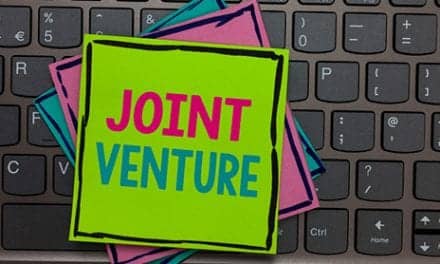