An online survey for World Arthritis Day (WAD), completed by more than 3,600 respondents revealed that access to psychological support and self-management courses could help people with arthritis/rheumatism cope more effectively with their condition and achieve better quality of life.

The health care professionals, people with rheumatic disease, and caregivers who responded to the survey highlight the importance of integrating psychological support into the standard treatment regime. The survey, a project run by the European League Against Rheumatism (EULAR) Standing Committee of People with Arthritis/Rheumatism in Europe (PARE), was completed by people from more than 50 countries worldwide.

"The main message coming out of the World Arthritis Day survey is the real need for a holistic approach in treating people with arthritis and rheumatism, ensuring the treatment paradigm covers all aspects of these conditions and not just the physical symptoms," says Prof Ferdinand C. Breedveld, president of EULAR executive committee. "This is clearly voiced by both patients and physicians and needs to be recognized and addressed within the structure of national health care systems."

Some 97% of people with rheumatism/arthritis and carers indicated the condition affects them/people they care for emotionally and 5% said it may lead to depression. Despite of the scale of the problem, only 35% of the survey respondents said they raise the emotional impact of their arthritis/rheumatism with their doctor.

Clinical data demonstrates that the quality of life for these people can be enhanced by introducing special coping strategies. The majority of people with arthritis/rheumatism who responded to the survey saw the need for professional support: 85% emphasized psychological support (psychotherapy, sessions with psychologists, treatments) should be included in the overall care, and more than a half of them would like to have access to self-management courses.

Similarly, health professionals are increasingly aware of the psychological impact of arthritis/rheumatism: 71% said they bring this problem up during a consultation, 33% said they refer their patients to the specialist treatment (eg psychotherapy) and 22% suggest a self-management course, if one exists in the given country.

The WAD survey is a project run by EULAR/PARE. The survey annually explores aspects of arthritis/rheumatism and generates statistics to support a call for better standards of treatment and care. The Think Positive theme acknowledges the emotional impact of the condition and the need for better psychological support being offered. 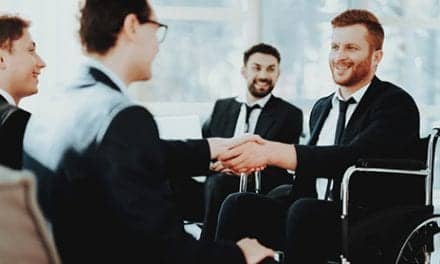 Disability Etiquette is Focus of New Booklet and Campaign