Eleven members of the Amputee Coalition of America (ACA), Knoxville, Tenn, have completed the first Amputee Action Network Training Course, which helps prepare them to advocate for the rights of individuals affected by limb loss.

Representing 11 states, the Lead 11 for 2011 will use the training they received to pass and preserve insurance parity in their states, pass gubernatorial proclamations declaring April as Limb Loss Awareness Month, and other issues on the Amputee Coalition’s 2011 legislative agenda.These individuals have been active in ACA’s  legislative efforts, support groups, and in their communities.

The course consisted of 5 weeks of conference calls. The lead advocates learned about passing a bill through the state legislature, activating grassroots support, the pros and cons of hiring a lobbyist, setting up advocacy funds, activating and using support groups, and working with the media.

Two of the 11 states have already passed parity legislation. Lead Advocates, Tami Stanley of Utah and Marifran Mattson of Indiana provided valuable input to the group. They shared their success stories in their efforts to pass parity through their legislatures.

The ACA is a national nonprofit organizationthat aims to empower people affected by limb loss to achieve their full potential through education, support, and advocacy, and to promote limb loss prevention. 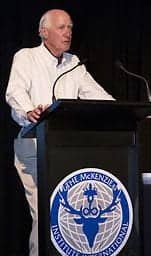