HME Competitive Bidding Program May Be Unsustainable, Per Report 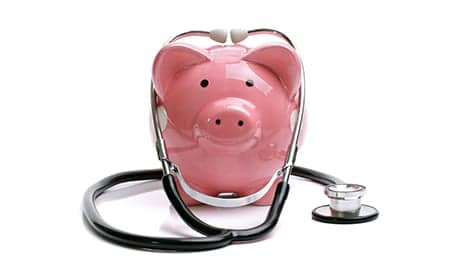 In a recently released cost study, the American Association for Homecare (AAHomecare) suggests that the home medical equipment (HME) industry may not be viable in the future under the current Medicare model.

In particular, according to a media release from AAHomecare, the report notes that the Medicare reimbursement rates for HME cover only 88% of the overall costs of the companies providing the equipment, which could be financially unsustainable for the companies.

In addition, the report states that the Centers for Medicare and Medicaid Services does not take into account all of the other costs that go into supplying HME to Medicare beneficiaries when assessing the viability of bids.

“The data are remarkably consistent in showing that the reimbursement-to-cost ratio is significantly less than 100%,” states Allen Dobson, PhD, one of the study’s authors, in the release. “No matter how the data is sliced, by organization size and/or product category, the current reimbursement model does not cover provider costs. That is likely unsustainable over the long term.”

A report from the Government Accountability Office (GAO) that was released to the public in September 2016 finds that the number of beneficiaries using home medical equipment services and supplies fell nearly three times as fast in competitive bidding areas (-17%) as in non-competitive bidding areas (-6%). The GAO also notes in the report there were instances of access problems and delivery delays that may be increasing beneficiary hospital use, per the release.

“The new GAO findings are consistent with these study results,” Dobson says in the release. “Taking both of these studies together, it’s evident that the competitive bidding process should be carefully examined and monitored to determine if problems encountered warrant fundamental changes to the program in order to avoid the possibility of severe dislocation to the home medical equipment industry and the patients it serves.”

“The bidding program for home medical equipment has been a disaster for providers and their patients around the country since it first took effect in 2011,” adds Tom Ryan, president & CEO of the American Association for Homecare, who commissioned the study, in the release. ”

“Companies have responded by attempting to shift costs to other payors, cutting staff, and reducing service, or limiting their product offerings to patients, but there is only so much you can do when you’re providing equipment and services that simply don’t cover your costs.”

“It’s no surprise that many companies are responding to competitive bidding by not accepting new Medicare patients or closing their doors for good,” Ryan adds. “As this trend continues, seniors, people with disabilities, and individuals with chronic conditions who depend on home medical equipment are going to have a much more difficult time finding a provider to serve them.”