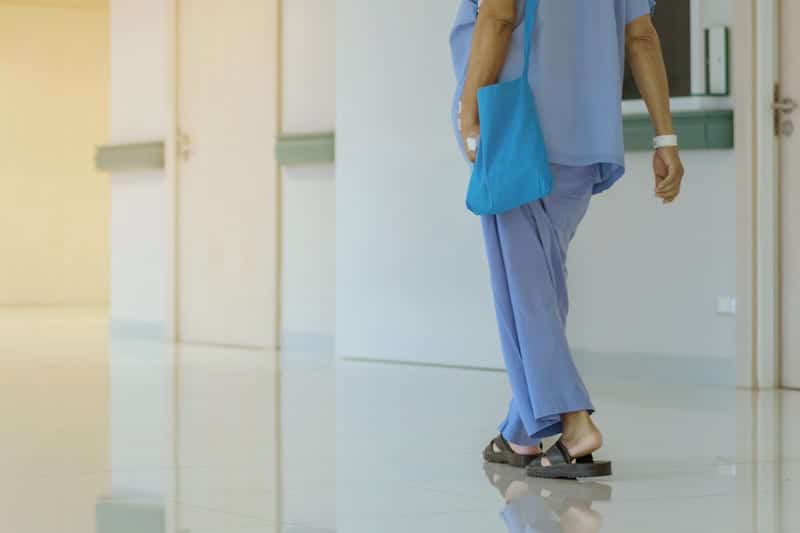 By repurposing badges originally designed to locate nurses and other hospital staff, Johns Hopkins Medicine scientists say they can precisely monitor how patients in the hospital are walking outside of their rooms, an indicator and contributor to recovery after surgery.

A team of engineers and clinicians at The Johns Hopkins Hospital developed the repurposed badges to study their value in tracking “ambulation,” or mobility, among inpatients who had undergone cardiac surgery.

“I was sold on Antony’s vision to improve patient care by finding ways to make high value measurements of patients’ functional status,” says Searson, the Joseph R. and Lynne C. Reynolds Professor of Engineering and a professor of materials science and engineering at The Johns Hopkins University.

After collecting information about how clinicians currently assess functional status day to day, Searson joined efforts with anesthesiologist and clinical researcher Charles Brown, MD, who was conducting an ongoing study funded by inHealth, which focused on measuring the mobility of patients after cardiac surgery.

“Ambulation is important for hospitalized patients; in particular, for patients who have surgery and those who are older,” says Brown, an associate professor of anesthesiology and critical care medicine at the Johns Hopkins University School of Medicine, whose research focuses on improving perioperative care for older adults. “More ambulation immediately after surgery probably helps preserve patients’ cognitive and physical function, and is linked to spending less time in the hospital.”

Most of the nursing staff in the hospital wear small badges on their uniforms as location and paging systems. The badges send beams of light, much like the ones used for TV remotes, to sensors in the ceilings of hospital rooms and corridors. The research team’s idea was to adapt the system to assess how far and how fast patients walked after surgery.

Searson and In cheol Jeong, Ph.D, replicated the tracker system in their laboratory to see how well the devices could record the timing and speed of patients’ movements.

The team ruled out other movement tracking devices that rely on GPS or accelerometers because they aren’t sensitive enough to detect whether a patient is in or out of their room, and the devices may not register the typical shuffling gait of a patient recovering from surgery, the release continues.

“The system collects and records real-time information about a patient’s mobility,” says Jeong, a former trainee in Searson’s lab and now assistant professor at the Icahn School of Medicine at Mt Sinai Medical Center in New York.

For the study, the team obtained consent from 100 patients, mostly men, whose average age was 63, and attached trackers to their hospital gowns. Researchers collected information on how far and how fast patients walked in the unit’s corridors every time they left their room.

Generally, patients are encouraged by hospital staff to walk outside of their rooms three times a day. Data collected by the Johns Hopkins team showed that approximately 25% of the 100 patients achieved that goal, per the release.

The Johns Hopkins team also found that the tracked mobility records among patients were more than 90% accurate in predicting the patients’ 30-day readmission rate, discharge to home or rehabilitation center and their length of stay in the hospital.

Brown cautions that, “There are many aspects of measuring and establishing ambulation metrics that aren’t clear. Maybe the goal of three times a day needs to be refined or adjusted for baseline function and speed,” he explains. The researchers also say there may have been ambulation that wasn’t captured by the device.

But the study results, he concludes in the release, suggest the badges would be valuable in giving feedback to health care workers and patients, encouraging ambulation and helping clinicians identify earlier those who can benefit from earlier discharge or more intensive rehabilitation. 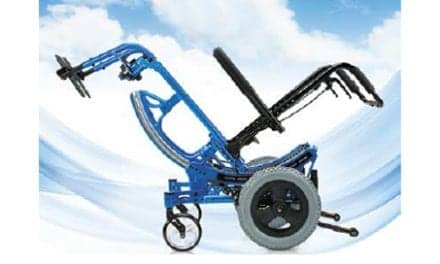 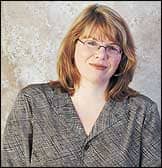 Of Dignity and Independence