Getting to the Core 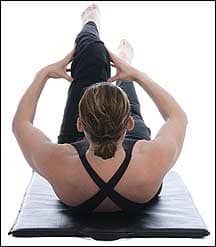 As a former dancer, body awareness has always been a part of my life. In order to set graceful movement to music and bring it to life, you have to be aware of your movements—how they look, how they feel, and how each change in alignment causes a reaction in other parts of the body. It was this interest in the body’s movement that drove me to pursue physical therapy and rehabilitation as a career, and use Pilates as the core of my therapeutic programs.

Pilates is a series of exercises based on the teachings of Joseph Pilates, who believed a few well-designed movements, properly performed in a balanced sequence, are worth hours of doing sloppy calisthenics or forced contortion. In some ways, it is the purest form of exercise as it uses the body’s own weight and resistance as the basis for every exercise to achieve uniform development. This also makes it ideal for physical therapy because it teaches the body how to use its own mechanisms to recruit the deep abdominal muscles, “the core,” for stability. Furthermore, it is ideal for stretching, strengthening, and balancing muscle groups throughout the body. Pilates not only helps treat the injury site, but the nature of the practice and the equipment engages all the major muscle groups, most notably the core. This type of therapy not only leads to improvement at the injury site, but also improves the patient’s overall physical fitness and flexibility.

In order to get started adding Pilates to your practice, it is recommended to first get your certification in Pilates instruction from a reputable company. While some Pilates exercises can be done on a mat, for the purposes of rehabilitation, you will need to invest in the basic Pilates equipment such as a reformer, Cadillac, chair, barrel, and power circles. The spring-loaded equipment is designed to provide assistance or resistance, depending on the exercise, to reeducate the body to move more efficiently, and improve overall strength. Examples of this type of equipment can be found on most Pilates-themed Web sites.

In my practice, Pilates is the core of my rehabilitation offering because of the dramatic results I have seen my patients achieve. It works on everyone—from young to old, fit to frail. There are an infinite number of exercises and levels of difficulty to challenge any patient to achieve their best results. Pilates is also successful because it is one-on-one. It is totally geared toward the patient at hand. During rehabilitation, I watch my patients’ every move, changing the orientation or resistance to get the best result.

Most notably, I had a patient suffering from a back injury that resulted in a posterior bulging disc. Like many who suffer back injuries, this patient was scared to move and felt helpless because of his painful and limiting condition. As a result, a pattern of movement substitutions occurred, altering the patient’s alignment and functional abilities. The reformer and Cadillac I used helped move the patient away from gravity to give him the ability to move in ways that were less painful, and were, in fact, conditioning his overall body for improved mobility. The focus was not only on his back, but instead on his entire body, making the rehab less frightening and less painful. The following is a sequence utilized for this patient. The initial focus was on trunk stability and core strengthening.

Exercise: Knee Folds with isometric contractions. The patient begins supine (lying on his back) with knees bent, feet flat on the floor, and a neck support to lift the thorax as needed to depress the ribs.

Execution: Initially focus on breathing up and down the axial skeleton, using imagery to encourage controlled breathing in the upper, middle, and lower spine, thereby creating vertebral spacing. Exhalation should focus on contraction of the core muscles following the above pattern and maintaining axial length. After several repetitions, the patient should float the knee over the hip during the exhalation segment and anchor the foot to the floor on the inhalation process. Repeat three to five times with each leg.

Progression 1: With the patient facing the open end of the Cadillac, place the “roll back bar” under his knees with his feet flat on the mat. Holding this position against the spring resistance of the roll back bar immediately encourages the deep stabilizing muscles to go to work. Using the same breath pattern, allow the spring assistance to lift both knees off the mat and over the hips. The patient now will be required to use the back of his legs to press the bar and feet to the mat while stabilizing his trunk. Repeat five to eight times.

Progression 2: Keep the patient in the same supine position, take off the roll back bar, and place the loops of the leg springs on his feet in a frog position, keeping the knees in the frame of the body. Attach the spring to the lowest setting. The patient may place his arms over his head, holding onto the vertical poles, or by his sides per his ability. Using the same breath pattern, extend the legs together at 45 degrees, pause, create more internal length, and return. The pelvis should stay stable, moving with only the hips. Work as high or as low as the patient can work with control and alignment.

Progression 3: As the patient gets stronger, alter the positions to circles and bilateral movements to challenge, build strength, and increase coordination.

Exercise: Arm Series. Patient is supine with the head facing the open end of the Cadillac. Place the leg or arm spring loops in his hands directly over his shoulders. There should be a little tension in the springs.

Execution: Reach and pull. The patient should press his arms toward the mat, keeping his ribs and shoulder blades depressed. Inhale on the initial movement and exhale to return. Inhalation against the resistance is important; the interabdominal pressure supports axial length and vertebral spacing. During exhalation, focus on the body’s core.

Progression 1: As the patient gains shoulder stability and strength, make the workout more challenging by adding circles and bilateral movements.

The above sequence was taught to bring strength and awareness to the deep stabilizers of the patient’s pelvis and shoulders as well as enhance his breathing techniques. As a patient’s core strength improves, additional exercises should be incorporated, initially in flat positions and then working toward vertical positions in all planes to restore functionality.

By incorporating Pilates into physical therapy programs, I have seen quicker progress with patients; they come out of therapy with better fitness, alignment, posture, and body awareness. Pilates can be used to rehabilitate patients suffering from a wide variety of ailments, including back/neck pain, sciatica, shoulder impingement/tendonitis, hip bursitis, ankle injuries, total knee/hip replacements, multiple sclerosis, and Parkinson’s disease. My patients fall in love with the practice and instead of simply discontinuing their exercises after rehabilitation, they incorporate Pilates into their day-to-day fitness regimes.

Robin Beck, MPT, a physical therapist, owns Studio 360 in Basalt, Colo. She is a certified Pilates instructor from the Pilates Center of Boulder and a senior trainer with a major Pilates equipment manufacturer. She can be reached at (970) 927-5405. 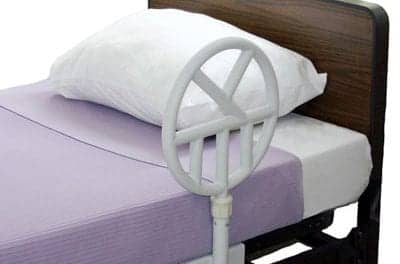 The beauty of the underdog 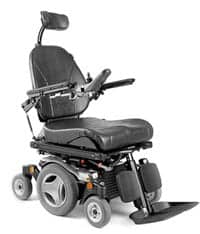 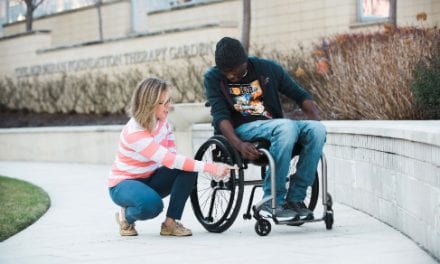