Rush University Medical Center is the only hospital in Illinois—and one of only a few nationwide—using cartilage transplants to repair damaged shoulder joints, the facility says.

“For a long time surgeons have been looking for an alternative to joint replacement that is more effective than simply cleaning out the joint arthroscopically. In cartilage restoration, we re-grow fresh tissue or use donated tissue. It’s an exciting and promising new treatment for damaged joints, now including the shoulder,” says Brian Cole, MD, an orthopedic surgeon at Rush who specializes in cartilage restoration of the joints.

Conservative treatment for cartilage defects in the shoulder, as for any joint, includes physical therapy, anti-inflammatory medications, and steroid injections. If these treatments are ineffective, arthroscopy has traditionally been the alternative of choice. But arthroscopy often provides only temporary relief, since the underlying damage to the cartilage is not corrected.

In cartilage restoration of the shoulder, the injured tissue is replaced with healthy cartilage from either the patient’s own body or a donor cadaver.

The procedure is intended for young, active patients. For these individuals, metal and plastic prostheses are generally not recommended because the components wear out over time, requiring a second, more complicated surgery.

At the age of 22, Brynn O’Keefe underwent what is called an autologous chondrocyte implantation, using her own knee tissue. “I know it sounds corny,” O’Keefe says, “but the surgery changed my life.”

Brynn had injured her left shoulder when she fell from the uneven bars in a high school gymnastics meet. Besides the stabbing pain she experienced, as well as numbness and tingling down her arm, her shoulder would dislocate several times a day. Her arm movement was so restricted that she couldn’t even brush her hair.

Cole removed healthy cartilage cells from her knee, which were then grown in a specialized tissue repair laboratory at Genzyme Corporation to create millions of new cells. In a second surgery, Cole cleaned out the defective cartilage and covered the resulting hole with a patch—a piece of periosteum, the thin material that envelops bone. He then inserted the cultured cartilage cells under the patch, where they continued to multiply and integrated with the surrounding tissue.

Brynn said that she can now play baseball with her 5-year-old stepson and even do cartwheels and handstands.

In cases where more extensive damage involves both bone and cartilage, Cole employs a procedure called osteochondral allograft transplantation. In this procedure, the defect is filled in with a cylinder of healthy tissues extracted from a donor cadaver.

Cartilage transplants in the shoulder are less common than those for the knee in part because shoulder pain is more often caused by tendonitis or tears in the soft cartilage or shoulder muscles rather than by damage to the cartilage. Patients also tolerate shoulder pain better than knee pain.

“But for younger patients in severe pain, with limited movement because of cartilage injury or wear, transplants are a new and emerging option that can help them return to an active lifestyle,” Cole says.

Cole has numerous years of experience in tissue repair and heads the Cartilage Restoration Center at Rush, a multidisciplinary program specializing in the restoration of articular cartilage and meniscal deficiency. He has authored numerous peer-reviewed studies on the subject and teaches the surgical techniques to physicians in the United States and abroad.

Rush University Medical Center’s orthopedics program ranks tenth in the nation, according to U.S. News & World Report. Physicians from Rush serve as the team physicians for the Chicago Bulls and the Chicago White Sox. 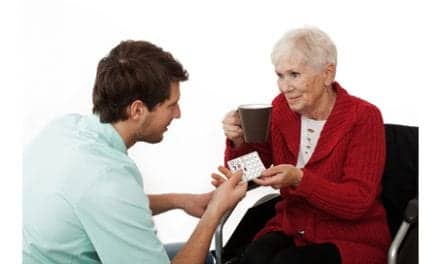