Obama says US can’t afford to wait on health care

WASHINGTON (Reuters) – Saying Americans cannot afford to put off an overhaul of health care, President Barack Obama vowed on Thursday to break the political stalemate that has blocked past efforts and pass a comprehensive plan this year.

Obama formally launched a drive for health care reform at a White House forum, telling about 120 experts the costly and inefficient system was dragging down the ailing US economy.

"Health care reform is no longer just a moral imperative, it is a fiscal imperative," Obama said. "If we want to create jobs and rebuild our economy, then we must address the crushing cost of health care this year, in this administration."

Obama said he understood skepticism about the initiative given the failure of President Bill Clinton’s plan in the 1990s, which died amid heavy opposition from insurance and drug companies.

"I know people are afraid we’ll draw the same old lines in the sand and give in to the same entrenched interests and arrive back at the same stalemate that we’ve been stuck in for decades," he said.

"This time is different. This time, the call for reform is coming from the bottom up, from all across the spectrum—from doctors, nurses, and patients; unions and businesses; hospitals, health care providers, and community groups," he said.

Obama’s drive for a health care overhaul, a core promise of his Democratic candidacy, is another big-ticket item on a jammed White House agenda that includes programs to ease the economic crisis, rescue the financial system, and cure an ailing housing market.

But Obama said the US economic crisis made the health care task even more critical, and he reiterated his goal to pass a comprehensive health care measure by the end of the year.

"By a wide margin, the biggest threat to our nation’s balance sheet is the skyrocketing cost of health care," he said.

US health care costs have grown to $2.5 trillion annually and the ranks of the uninsured have swollen to 46 million people. The country consistently ranks lower than other rich countries in preventing and treating many diseases such as diabetes.

Political momentum for an overhaul has grown in recent years. Obama and his Republican rival in the presidential election, Senator John McCain, both proposed extensive changes in the health care system during the campaign.

More than 80% of Americans think the US health system needs fundamental change or a complete overhaul, a 2008 Harris Interactive poll found. In his budget plan, Obama proposed setting aside $634 billion to help pay for the overhaul over the next 10 years.

"Now is the time for action," said Senator Edward Kennedy, a Democrat and champion of health care reform whose appearance at the forum’s closing session sparked a standing ovation.

"I’m looking forward to being a foot soldier in this undertaking," said Kennedy, who has brain cancer. "This time we will not fail."

he attendees at the White House session include congressional, industry, union, and think tank experts including some, such as insurance and pharmaceutical industry lobby groups, which may oppose a final plan.

Health care stocks were down across the board on Thursday. The Morgan Stanley Healthcare Payor index of health insurers fell more than 9%, including steep drops for Humana Inc and Cigna Corp.

Obama has not presented a specific reform plan to Congress, seeking to avoid the problems that killed Clinton’s effort and build support before he settles on an approach.

"It is clear there is tremendous momentum," said Democratic Senator Max Baucus, chairman of the Senate Finance Committee. "How do we do this? The fact is this is going to be incredibly difficult."

Baucus and Senator Charles Grassley, the top Republican on the Senate Finance Committee, said they were aiming to put together a health care bill by June.

Representative Joe Barton, the top Republican on the House panel that leads on health care, complimented the president on getting all sides together and said "if this is a real process and we’re listened to, folks like me will participate."

"I don’t consider what happened in the ’90s a failure," Barton said, adding he worked hard to kill the Clinton plan. "But this is a different time and a different approach."

Clinton was criticized for hatching the reform plans behind closed doors, but Obama said he would ensure the process was transparent and inclusive. The Health and Human Services Department unveiled a new Web site devoted to the issue at www.healthreform.gov. 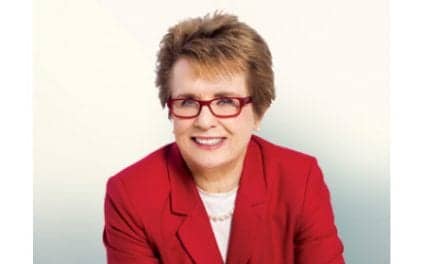 Billie Jean King is Keynote Speaker at 2015 NEXT Conference