The Davis Phinney Foundation, Boulder, Colo, a nonprofit organization that aims to improving the lives of people with Parkinson’s disease (PD), has awarded four Parkinson’s disease research centers with support to conduct a landmark study on the long-term changes in quality of life and mobility that occur in people with PD, says a statement released by the organization.

The results of the research will help to advance the understanding of how interventions, such as exercise, impact changes in quality of life and mobility over the course of the disease, according to the statement.

The study, funded by the Davis Phinney Foundation in partnership with the Parkinson’s Disease Foundation, will follow 200 people with PD for at least 2 years using a series of performance-based measures and patient-based self-report questionnaires to examine walking ability, balance, disease-specific impairments, and quality of life, says the organization. Study sites include: the University of Utah, Boston University, University of Alabama at Birmingham, and Washington University in St Louis. Interim study findings will be available in 2010, says the statement.

A recent survey conducted by the Davis Phinney Foundation found that communication about quality of life between people with PD and their treatment providers is lacking, says the statement. Among findings, while 81% of people with PD surveyed said they believed that exercise can slow disease progression, less than half of those surveyed (40%) reported discussing their exercise with their physician (ie, neurologist or movement disorder specialist) within 6 months of diagnosis, and almost one in five (19%) said they never discussed exercise with their physician. Further, while almost all respondents (99%) reported discussing medication with their physician, slightly more than half half discussed depression (52%), and only 33% discussed nutrition. Full survey findings are available at www.davisphinneyfoundation.org.

As the worldwide life expectancy increases, the number of individuals with PD over age 50 in the world’s most 10 populous countries is expected to double from approximately 4.5 million in 2005 to 9 million by 2030, according to the statement, adding that these numbers highlight the importance of including programs and activities such as exercise, to improve movement, function and quality of life,

Robin Anthony Elliott, executive director of The Parkinson’s Disease Foundation, said the study will provide welcome information on the natural history of PD, and the PD community will widely benefit from the results.

Information about study enrollment is available by contacting pdtrials.org.

The Davis Phinney Foundation was created in 2004 by former Tour de France cyclist and Olympic Bronze medalist Davis Phinney. It funds research focused on exercise, speech, and other quality of life therapies, hosts a series of symposia that present research and programs that demonstrate the benefits of these therapies, and encourages those impacted by the disease to celebrate the daily victories in their lives.

The Parkinson’s Disease Foundation is a leading national presence in Parkinson’s disease research, education, and public advocacy, says the organization, which is working for the nearly one million people in the US living with Parkinson’s by funding scientific research and supporting people with Parkinson’s, their families, and caregivers through education programs and support services. 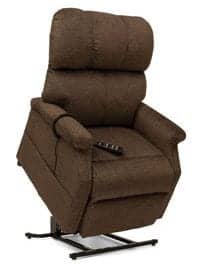