A House Bill requiring meaningful health insurance coverage for amputees is attracting sponsors from both sides of the aisle, according to the Amputee Coalition of America.

"The Prosthetic Parity Act of 2008 is gaining bipartisan support in the House, and we may soon be seeing similar support for this important legislation in the Senate,” said Paddy Rossbach, CEO of the Amputee Coalition of America. “Members of Congress are increasingly aware the extent to which health insurers deny many amputees access to artificial limbs that they need to lead active and independent lives,” Rossbach says.

She explained that many health insurance companies cap prosthetic care benefits too low for the average person to obtain a prosthesis, and they often impose lifetime caps or eliminate coverage completely.

"The federal prosthetic parity bill will also ensure that the tragedy of children living with the absence of limbs is not compounded by inadequate insurance benefits forcing them to spend the rest of their childhood in wheelchairs when help is readily available," she says.

“It’s a sad situation when health insurance plans, despite ever-increasing premiums being paid for years by individuals and their employers, force their members to rely on community fundraising bake sales and other sources of charity to pay for prosthetic care for themselves or their children or other family members,” Rossbach says.

There are an estimated 1.7 individuals living with limb differences or loss in the United States, including 70,000 under the age of 18.

The Amputee Coalition of America is organizing a lobby day in Washington, DC, scheduled for Wednesday, June 11, when activists from across the country meet with their members of Congress and urge them to support the federal parity bill. 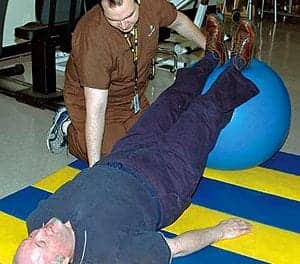