by Matías A. Loewy

BENTO GONCALVES, Brazil (Reuters Health) – Prison inmates should increase their intake of fish or take omega-3 fatty acid supplements to curb their aggressive behaviors and reduce the risk of relapse once they are released, a leading psychologist suggested here last week at the IV Brazilian Congress of Brain, Behavior and Emotions.

"Why not try it? What would be the harm?" said Dr. Adrian Raine, professor of Criminology, Psychiatry and Psychology at the University of Pennsylvania.

The proposal relies on a growing but controversial body of evidence that attributes criminal offenses to biological factors, such as a genetically driven dysfunction in the prefrontal cortex. Biological predisposition might explain at least 50% of criminal behavior, Dr. Raine estimates.

In this context, nutritional intervention in prisoners might become a "naturalistic" way of helping change brains at risk. "It might not only reduce (further) serious offending, but could also make prisoners more amenable to other treatments, such as cognitive behavior therapy," he said.

Dr. Raine based his hypothesis upon the results of some compelling randomized trials in children and adults, he said. A 2002 study conducted with 231 young English prisoners showed that taking omega-3 fatty acids-containing nutritional supplements, for at least 2 weeks, was associated with a 35% reduction in offenses after 5 months.

In another trial, conducted by Dr. Raine and published in the American Journal of Psychiatry in 2003, children aged 3 to 5 participated in an "environmental enrichment" program, including a fish-enriched diet, physical activity and cognitive stimulation. Twenty years later, it was found that the crime rate in the intervention group was 35% lower than in a control group.

A third randomized controlled trial, published in 2005, showed that normal 8- to 11-year-old children reduced their aggressive behavior by taking omega-3 fatty acid supplements for only 4 months.

A nutritional intervention, perhaps combined with some cognitive behavior therapy, might not only work in prisoners, but also in aggressive children and others at risk for antisocial behaviors.

Effective dosages of omega-3 fatty acids or fish intake to prevent antisocial conduct or criminal relapses are unknown, but about 1 g/d of omega-3 or two to three meals of fish per week might be needed, the investigator added.

Bernard Gesch, researcher in the Department of Physiology, Anatomy and Genetics at Oxford University and director of Natural Justice, an Oxford-based research charity that investigates the social and physical causes of offending behavior, thinks that Dr Raine´s suggestion is interesting.

"But nutrition is about balance. Many nutrients, including vitamins and minerals, have already been implicated in behavioral change when lacking in the diet. Omega-3 is but one," Gesch told Reuters Health via email.

Gesch, lead author of the 2002 English trial that investigated the impact of nutritional supplements on the behavior of young prisoners, said that his group is about to start a much larger study with 1000 prisoners, funded by the Wellcome Trust.

"It will take around 2 years to complete. We are not only retesting to see if nutrition affects behavior, but also to explore how it works," he said. "It is a simple approach to prevent antisocial behavior, and the only ‘risk’ from a better diet is better health."

According to data from the US Department of Justice obtained for 15 states, almost 70% of released prisoners are rearrested for a felony or serious misdemeanor within 3 years. Eventually, 47% of all the former prisoners are again convicted for a crime, and 25% are sent to prison with a new sentence. 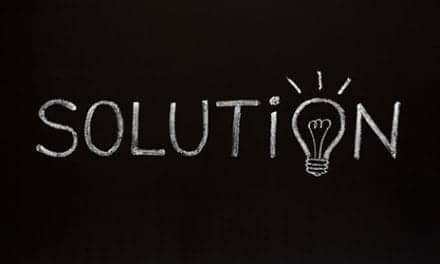 SSDI Beneficiaries Who Use Vocational Rehab Services May Have Better Return-to-Work Outcomes, Per Study