The much-debated “public option” is out of the Senate Finance Committee bill, succumbing to a 13-10 vote that included two Democrats on the “no” side, and all Republicans voting against. According to a September 30 Bloomberg report, committee Chairman Sen Max Baucus (D-Mont) voted against the government-run health insurance option, saying it could not pass the full Senate “at this point.” Senators Jay Rockefeller (D-WV) and Charles Schumer (D-NY) have publicly vowed to keep fighting for the option, which has been widely embraced in the House, where it has already survived three committee votes.

For leaders on both sides of the aisle, September 2009 will go down as an extraordinary month in the health care future of America. President Obama’s 9/9 speech to the Joint Session of Congress began the debate in earnest, and physicians across the United States have expressed strong opinions.

Peter J. Polack, MD, FACS, says he believes that an extension of a Medicare-like option for all Americans would ultimately serve both physicians and patients well. “Physicians prefer to deal with Medicare rather then private insurance,” says Polack, an ophthalmologist at Ocala Eye PA, Ocala, Fla. “We get paid on time by Medicare, and we know what we are going to get paid for the most part. They don’t second guess us or drop people, so most of the complaints that we as physicians deal with are from private insurance companies, not government insurance.”

On the other side of the debate, Calif-based Daniel E. Andrews III, MD, sits squarely in opposition to any government-run program, which he says he fears would end up like his state’s troubled health care system. “This year the state of California, the state where I practice medicine, was insolvent,” says Andrews, owner of the Heart and Health Center in Napa County. “We received IOUs for medical care that we provided to Medi-Cal patients. The state had to do what companies do when they are losing money; they downsized. Costly programs were cut in an attempt to balance the state budget. Our governments should not be allowed to spend money they don’t have.”

A September 28 press release issued by Baucus acknowledges that possible overuse of Medicare services is indeed a cause for concern. Citing a Government Accountability Office report, Baucus said the new findings revealed disproportionate Medicare spending, and potentially dangerous overuse of services in certain regions of the United States. “This report makes it clear that serious work remains in determining why the use of certain services under Medicare—like imaging and minor procedures—is much higher in certain parts of the country than others, irrespective of a patient’s real need, health status, or the availability of doctors,” said Baucus via a press release. “Moreover, the potential abuse and excessive spending revealed in this report is further evidence the status quo of rising health care costs is unacceptable for America’s seniors and the long-term fiscal health of the Medicare program.”

Baucus got the legislative ball rolling on September 16 with a 220-page proposal dubbed “America’s Healthy Future Act of 2009.” Instead of health insurance sold by the government, which many prominent democrats favor (including House Speaker Nancy Pelosi [D-Calif]), Baucus’ plan would allow cooperatives to sell insurance in competition with private industry. The provision is viewed as a concession to Republicans who strongly oppose the idea of the federal government selling insurance.

The public option is destined to be October’s political football in what amounts to a lesson in civics and deal-making. The Senate Finance Committee will continue to try gamely to craft legislation that committee members can approve. From there, leaders will have to find common ground in reform legislation from the Senate Health Committee. Eventually, the Senate’s final bill will have to be reconciled with the House for still more votes.

In a preview of the political jockeying to come, the Associated Press reported in late September that Democrats had floated another proposal in the form of a tax on high-cost insurance plans, a strategy designed to help pay for the multi-billion dollar health reform price tag. The article by Erica Werner and Ricardo Alonso-Zaldivar, claimed that Pelosi had said that the tax was “under consideration as Democrats search for consensus within their ranks before taking a bill to the House floor later this fall.”

Whichever reform scenario the Congress ends up with, Sen Charles Grassley (R-Iowa) made sure that lawmakers would have to actually participate in the plan. On September 30, Grassley won approval for legislation that would require legislators and staff members to access any health insurance that would be created by health reform. “The more that Congress experiences the laws we pass,” said Grassley via press release, “the better the laws are likely to be.”

Small Business Impact
Small business owners hope their concerns are not lost in the health reform shuffle. On September 29, the National Small Business Association (NSBA) sought to give small businesses a voice with the release of their 2009 Small Business Health Care Reform Survey. “NSBA’s small-business members have expressed widespread concern that the various proposals offered to date don’t include the kind of cost-containment policies that would ensure the affordability of a required health insurance policy,” wrote NSBA officials in a press release accompanying the main survey results.

According to the NSBA survey summary:
• 92% of small business owners are planning for an increase in their premiums in the coming year. Although the average expected increase is 13%, one-fifth anticipate premium increases of more than 20% next year.
• Premium increases have a significant impact on job growth, forcing 31% of small businesses to hold off on hiring a new employee, and 19% to actually lay off an employee.
• Nearly 80% believe that offering health insurance provides their small company a competitive advantage in recruiting and retaining top quality employees.
• 73% stated their opposition to a requirement that employers make a financial contribution to employees’ health plan or pay some kind of fee.
• Among those not currently offering employees health insurance, 63% said they would do so if it was more affordable.
• 62% of small-business owners believe passing some kind of health care reform in the next year is important.
• The NSBA “has been urging Congress to enact reform that won’t make costs go up—reform that guarantees access, affordability and quality, while ensuring American small businesses are no longer at a competitive disadvantage.” The full survey can be viewed here.

Veteran With Disabilities To Receive Honda Entervan from Braun 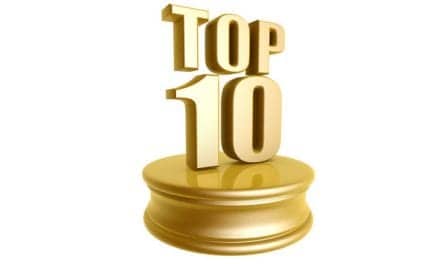