Filmmakers Richard Hankin and Meredith Lavitt, of the Showtime documentary "Home Front," are leading HEROES Day (Helping and Encouraging the Reintegration of Our Extraordinary Servicemembers) June 2. The HEROES Day Project has partnered with non-profit groups to raise awareness for the plight of wounded veterans living in the United States.

The HEROES Day campaign and its partners are employing a variety of techniques to share their appreciation for military service personnel wounded in combat. Partner organizations will host free screenings of "Home Front" on HEROES Day. A portion of proceeds from DVD sales of "Home Front"–which follows the struggles and successes of a blinded veteran’s return home–will be donated to programs benefiting wounded veterans.

Backers of the project report that HEROES Day partners are joining weekly and that the Wounded Warrior Project has led the way, with the follwing organizations:

Says Richard Hankin, director of Home Front, “Making a film like ‘Home Front’ was an opportunity to share a fundamentally American story with a large US audience that may not have had exposure to those experiences.  We’re thrilled to be able to continue to raise awareness about the struggles faced every day by wounded vets. The HEROES campaign has been, and I hope will be, one small way to say ‘Thank you’ to our wounded vets for their service.”

John Melia, Wounded Warrior Project’s founder and executive director said, “’Home Front’ is a moving true story that provides a voice to the challenges of our returning wounded warriors…WWP is honored to be a part of the Heroes Day campaign and we urge the general public to get involved in any way they can.” 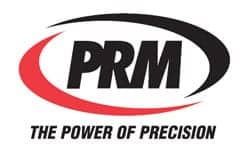 Obama says US can’t afford to wait on health care