According to a recent article in Veterans Today, more than 20,000 men and women have been injured in combat operations in Iraq since the US involvement in 2003. Regardless of one’s personal views on this country’s role in the Middle Eastern conflict, there is one thing we should all agree on, and that is providing the best medical care and support possible for the returning war wounded.

On January 29, in a step to expand the best possible medical and rehabilitation treatment possible to injured veterans, the US Army unveiled the Center for the Intrepid: a $50 million privately funded physical rehabilitation facility at Fort Sam Houston, San Antonio, adjacent to the Brooke Army Medical Center (BAMC). Financed by private donations to the Intrepid Fallen Heroes Fund—more than 600,000 individual and corporate donations from $1 to $1 million—the center will help alleviate other overburdened military hospitals and will join BAMC, Walter Reed Army Medical Center, and National Naval Medical Center in administering to the growing number of returning troops suffering from severe burns or limb loss (recent reports from the Department of Defense estimate that more than 500 US soldiers have lost at least one limb in Iraq and Afghanistan).

Although the new facility will offer the most cutting-edge technology available—a rock-climbing simulator; a gait-training laboratory that incorporates three-dimensional animated images to help guide and improve movement; a virtual reality dome, where veterans can improve their balance; shooting and driving simulators; and a water aquatics area—the actual rehabilitation will be orchestrated through the talents and tireless efforts of occupational and physical therapists, as they assist these soldiers in, often, relearning the most rudimentary skills of day-to-day living. Many of these individuals will require assistance and therapy for years to come, as they adjust to their new bodies and new lives.

In the meantime, the opening of the Center for the Intrepid may have come just in time, as rumblings about government base realignment and closure proposals continue to threaten possible “realignments” and “consolidations” of various VA facilities across the country—among them Walter Reed Army Medical Center in Washington, DC, and the National Naval Medical Center in Bethesda, Md, which are scheduled to merge to become the Walter Reed National Military Medical Center by 2011.

Whether strategies for the continuing wars in the Middle East change in the near future or not, it is clear that it will take time to lower levels of troops in the field. This process will be a long and arduous one, leaving more casualties. And there is the possibility that the wars will, in fact, escalate. For the sake of the soldiers risking life and limb daily, one can only hope for a speedy resolution to those conflicts.

If there is an upside to this situation, returning veterans who suffer war injuries will have the benefit of the best technologies and therapies available to none before. Thanks to research and development, and dedicated physical medicine professionals, it is possible that many of these individuals will be able to enjoy the semblance of a normal and comfortable life. 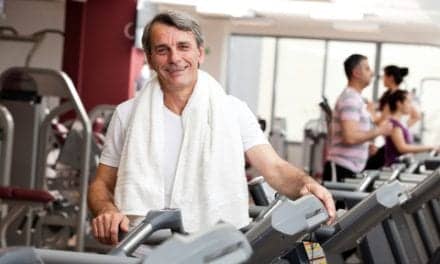