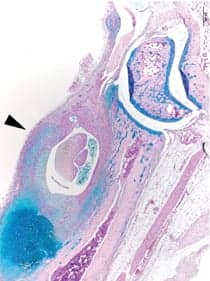 In a new study, researchers state that they have pinpointed a naturally occurring genetic variation in mice that predisposes carriers to developing severe, inflammatory arthritis. The study spotlights a new class of genes in arthritis progression, according to a news release from the University of Utah (U of U) Health Sciences.

Janis Weis, PhD, U of U professor of pathology and senior on the study, explains that the researchers, “were hoping to identify genes and physiological pathways responsible for the differences in arthritis severity with an eventual goal of identifying potential therapeutic interventions.”

The current research stems from Weis’ previous work, which she began after learning that a strain of mice called C3H develops severe arthritis with Lyme disease, while a different strain, B6, develops mild symptoms.

Following 20 years of investigation, a news release from the university states Weis’ group arrived at a single base pair change, or polymorphism, in the gene ?- glucuronidase (Gusb) that they call Gusbh. The researchers note that Gusbh mice not only develop severe arthritis symptoms in response to Lyme disease, but also to a rheumatoid arthritis-like condition. The researchers add that the finding suggests the protein encoded by Gusb contributes to two types of inflammatory arthritis, expanding the potential impact to a larger group of arthritis patients.

The study goes on to indicate that Gusbh causes an amino acid change that lower the enzymatic activity of the protein by up to 90%. Glycosaminoglycans (GAGs) fail to be broken down in Gusbh mice with inflammatory arthritis, and accumulate at sites of inflammation. The build-up of GAGs, researchers say, may be a contributing factor to the development of severe arthritis.

Kenneth Bramwell, PhD, postdoctoral fellow Weis’ lab and lead author on the study, states that the GAGs may be activating the innate immune response.

“That’s one possibility. It could be that GAGs are deposited in response to this infection and that contributes to a more severe disease trajectory,” Bramwell adds.

The release states that future studies will be geared toward understanding the mechanism and will aim to identify new ways to halt disease progression. 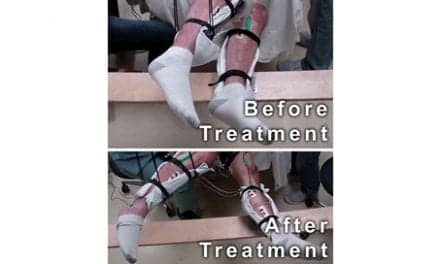