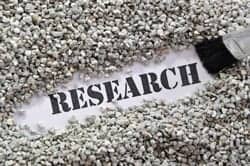 New studies assess the potential factors in the development of multiple sclerosis (MS) and in improving the quality of life in MS patients. The studies were recently outlined in a news release from the National Multiple Sclerosis Society.

The first of studies was a pilot study conducted by Victoria Leavitt, PhD, Kessler Foundation Research Center, West Orange, NJ, and her colleagues. The study was designed to pinpoint the impact of aerobic exercise on memory in two MS patients and memory impairment. The researchers note that during the study, one participant was randomly assigned to an aerobic exercise program featuring stationary cycling, and the second to a non-aerobic exercise program comprised of stretching. Each program consisted of three 30-minute sessions per week for 12 weeks. Prior to and after the program, functional MRI images were reportedly taken to assess the size of the hippocampus.

A second study sought to determine if fatty fish intake was linked to whether or not an individual would develop MS. During the study, Maria Bäärnhielm, PhD, and colleagues at the Karolinska Institutet, Stockholm, investigated a sample of 1,879 MS patients and 4,135 controls without the disease who had answered questionnaires as part of the Epidemiological Investigation of MS, which consisted of Swedish-speaking participants aged 16 to 70 years from certain areas of Sweden. Based on upon the association of vitamin D-rich fish such as herring, mackerel, tuna, salmon, and trout with decreased MS risk, the team assessed the survey responses regarding intake of fatty and lean fish, sun exposure, and other factors. The researchers note they also analyzed vitamin D levels in blood samples.

The study indicated that frequent fatty fish intake was linked to a decreased occurrence of MS, with no significant link found between the intake of lean fish and MS. The results also suggested the blood samples among 1,178 cases and 1,410 controls exhibited higher vitamin D in participants with high fatty fish intake.

Lastly, the release reports that the the Ausimmune Study aimed to determine whether increased exposure to sunlight and vitamin D may hold protective benefits against MS in individuals who have not yet been diagnosed, but had experienced a first neurologic episode that often leads to MS; clinically isolated syndrome (CIS). Anne-Louise Ponsonby, PhD, Murdoch Childrens Research Institute, Melbourne, and colleagues studied whether a variety of lifestyle factors were linked to the development of CIS. This included current and past tobacco, marijuana, and alcohol use, physical activity patterns, blood pressure, and body measurements.

According to the release, the risk of developing a CIS increased 79% in individuals who had never smoked, yet none of the other factors in study were linked to increases in risk.