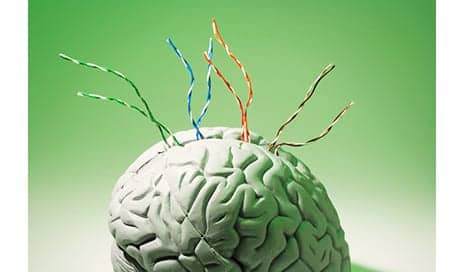 A team of researchers suggests that the underlying cause of phantom pain stems from a crossing of the wires in an area of the brain associated with sensation and movement. Repairing the disruption may be able to treat the pain.

In the study, the researchers, from Osaka University in Japan and the University of Cambridge, used a brain-machine interface to train a group of 10 individuals to control a robotic arm with their brains. They found that if a patient tried to control the prosthetic by associating the movement with their missing arm, it increased their pain, but training them to associate the movement of the prosthetic with the unaffected hand decreased their pain, according to a media release from University of Cambridge.

“Even though the [limb] is gone, people with phantom limb pain still feel like there’s a [limb] there—it basically feels painful, like a burning or hypersensitive type of pain, and conventional painkillers are ineffective in treating it,” says study co-author Dr Ben Seymour, a neuroscientist based in Cambridge’s Department of Engineering, in the release.

In the study, the release explains, Seymour and his colleagues, led by Takufumi Yanagisawa from Osaka University, used a brain-machine interface to decode the neural activity of the mental action needed for a patient to move their “phantom” hand, and then converted the decoded phantom hand movement into that of a robotic neuroprosthetic using artificial intelligence techniques.

“We found that the better their affected side of the brain got at using the robotic arm, the worse their pain got,” Yanagisawa states. “The movement part of the brain is working fine, but they are not getting sensory feedback—there’s a discrepancy there.”

The researchers then altered their technique to train the “wrong” side of the brain: for example, a patient who was missing their left arm was trained to move the prosthetic arm by decoding movements associated with their right arm, or vice versa. When they were trained in this counter-intuitive technique, the patients found that their pain significantly decreased.

As they learned to control the arm in this way, it takes advantage of the plasticity—the ability of the brain to restructure and learn new things—of the sensorimotor cortex, showing a clear link between plasticity and pain, the release continues.

Seymour warns in the release that the effects are temporary, and require a large, expensive piece of medical equipment to be effective. However, he believes that a treatment based on their technique could be available within 5 to 10 years.

“Ideally, we’d like to see something that people could have at home, or that they could incorporate with physio treatments,” he shares. “But the results demonstrate that combining AI techniques with new technologies is a promising avenue for treating pain, and an important area for future UK-Japan research collaboration.” 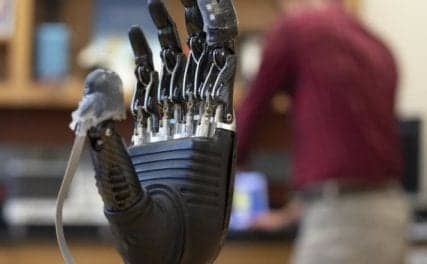