"Women perform athletic tasks in a more upright position, putting added stress on parts of the knee such as the ACL, resulting in less controlled rotation of the joint," says Mark Paterno, PT, MS, MBA, SCS, ATC, coordinator of orthopedic and sports physical therapy at Cincinnati Children’s Hospital Medical Center. "While men use their hamstring muscles more often, women rely more on their quadriceps, which puts the knee at constant risk. To combat these natural tendencies, physical therapists may develop a treatment program to improve strength, flexibility, and coordination, as well as to counteract incorrect existing patterns of movement that may be damaging to joints."

The study evaluated outcomes of NCAA Division 1 female soccer players who performed the Prevent Injury, Enhance Performance (PEP) program, designed by physical therapists at the Orthopedic and Sports Medicine Group, Santa Monica, Calif. Those who performed the PEP program had an overall ACL injury rate 41% lower than a group of female athletes who did their regular warm-up. This was one of the largest studies conducted in the NCAA, with 1,435 athletes participating.

The PEP program, an example of the many physical therapy-based programs that have demonstrated an equal ability to reduce ACL injuries among female athletes, consists of sport-specific agility exercises and addresses potential deficits in the strength and neuromuscular coordination of the stabilizing muscles around the knee joint.

Recent research published in the British Journal of Sports Medicine found ACL tears occur four times more often in females than in males involved in the same amount of sports participation, the APTA says, noting the difference in neuromuscular control is one of four primary factors contributing to why women are more susceptible to knee injuries than men. Other discrepancies are anatomical, hormonal (womens’ hormonal makeup affects the integrity of the ligament, making it more lax), and biomechanical.

Sample exercises athletes can perform to avoid ACL injuries can be found on the group’s Web site. 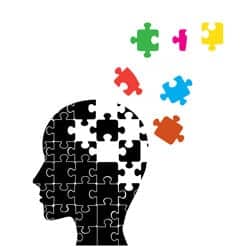