Hip Fracture Patients May Not Be Told They Have Osteoporosis 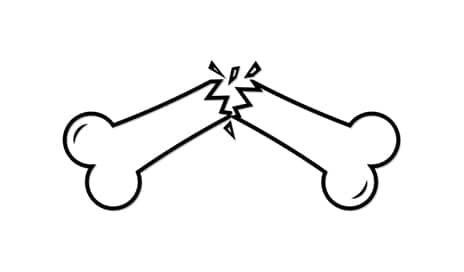 A phone survey of hip fracture patients suggests the possibility of mismanagement and misinformation among patients and physicians regarding osteoporosis.

The survey, conducted by physicians at Northwell Health among 42 hip fracture patients age 65 and older, notes that 71% of the respondents said they were not told that they have osteoporosis, even though hip fractures nearly always signify the presence of this condition.

In addition, 57% of the respondents reported that their physicians did not suggested osteoporosis medication after their hip fracture, and 25% said they would reject taking such prescribed drugs, according to a media release from Northwell Health.

“You can die after a hip fracture, and you’re at great risk of prolonged complications,” states Gisele Wolf-Klein, MD, senior author of the study, which will be presented at the American Geriatrics Society’s 2016 Annual Scientific Meeting in Long Beach, Calif.

“You can also be left as an invalid, a fear of many older adults. When we think about how preventable hip fractures are, the fact that most patients aren’t told or understand they have osteoporosis—a disease that can be treated—is an enormous problem,” adds Wolf-Klein, a director of geriatric education for Northwell Health, in the release.

All of the patients surveyed by phone (average age 86; 86% female; 69% white) had been discharged 1 year prior from two Northwell Health hospitals.

Only 12% of patients reported having a family history of osteoporosis.

In addition, per the release, 57% of the survey respondents reported that their hospital physicians had not suggested taking prescription osteoporosis medication after they experienced the hip fracture, and 36% hadn’t received a prescription for such medication.

Although 64% of the respondents stated that they had been taking so-called osteoporosis “treatment,” this consisted of calcium and vitamin D—a combination that the researchers deemed “useless” at preventing osteoporotic fractures, per the release.

After their hip fracture, 38% of study participants sustained a fall within a year, and 44% of these patients suffered an additional fracture.

“These numbers show the need to improve our overall treatment plan for osteoporosis, which includes fall-prevention education for patients and their families,” Barnett states in the release.

When asked if they would accept prescription osteoporosis medication now that they’d suffered a hip fracture, half of participants said they were not sure, with 25% agreeing and 25% rejecting the idea. Finally, 36% felt the best time for osteoporosis education would be during follow-up with their primary care doctor, while 25% preferred education prior to hospital discharge and 19% during rehabilitation, the release continues.

“There’s an enormous amount of misunderstanding about osteoporosis among the public and lack of education from physicians taking care of patients,” Weinerman notes in the release. “Doctors don’t talk about it, and the perception is that these osteoporosis drugs are dangerous or not effective. Unfortunately, these misperceptions are just incorrect. So a lot of public education needs to be done, but it should start with physicians.”

Interacting With Computers Through Gesture Recognition