The Foundation for Physical Therapy, Alexandria, Va, has released names of recipients of the 2011 Service Awards, which will be presented at the Foundation’s National Treasures Gala on June 9 during the American Physical Therapy Association’s (APTA) Annual Conference at the  in National Harbor, Md.

“We are proud to annually recognize the individuals who play a critical role in helping the Foundation carry out its mission. With their generous support, we continue to fund emerging researchers who are dedicated to making a difference in the profession,” said William G. Boissonnaul, PT, DPT, DHSc, FAPTA, FAAOMPT, Foundation board of trustees chair.

Sheila Schindler-Ivens, PT, PhD, is the recipient of the Robert C. Bartlett Innovation in Fundraising Award, named for Robert C. Bartlett, PT, MA, FAPTA, a former Foundation chair and board of trustees member who provided structure and guidance during the Foundation’s early years. The award is presented annually to a group or individual for demonstrating leadership, creativity, and initiative to develop, coordinate, and execute an innovative fundraising activity to benefit the Foundation.

Schindler-Ivens became the first student coordinator of the annual Marquette Challenge in 1989, a grassroots fundraising effort to support the Foundation for Physical Therapy. Now a major fundraiser for the Foundation, the Challenge has raised more than $1.8 million since it began, and this year’s participating schools aim to reach the $2 million mark in total funds raised in Challenge history. A former Foundation funding recipient herself, she has come full circle and volunteers each year to serve as a coadvisor for Marquette University in the Challenge.

A past recipient of a Doctoral Training Scholarship and Research Grant, Shields has gone on to receive funding from the National Institutes of Health, Veterans Affairs, Christopher Reeve Foundation, and several other major funding organizations. Shields has also served in numerous leadership roles in the Foundation, including chair of the Scientific Advisory Committee, trustee, and president.

This year’s Premier Partner in Research Award is bestowed upon the APTA Orthopaedic Section, an award presented to the generous corporate Foundation donor that has demonstrated several years of loyal support of the Foundation.

The Orthopaedic Section has been a generous supporter of the Foundation, donating nearly $1 million since the Foundation’s inception in 1979. In 2007, the Section made a $500,000 pledge toward its endowment fund, which has supported a number of research grants.

The Spirit of Philanthropy Awards will be awarded to Gary L. Soderberg, PT, PhD, FAPTA, and his wife, Loretta Knutson, PT, PhD, PCS. Since 2005, the award has been presented annually to donors who exhibit enthusiastic support and dedication to the growth of the Foundation and its mission.

Soderberg has also demonstrated his commitment to the profession as a past president of the APTA Section on Research.

Knutson has also served as a past president of the APTA Section on Pediatrics and helped establish an endowed pediatric fund with the Foundation during her term.

Together, the couple has shown enthusiastic support for many of the Foundation’s fundraising activities. They have also generously contributed to PTClinResNet and recently included the Foundation in their estate plans.

The Foundation for Physical Therapy was established in 1979 as a national, independent nonprofit organization dedicated to improving the quality and delivery of physical therapy care by providing support for scientifically-based and clinically-relevant physical therapy research and doctoral scholarships and fellowships.

People Who Have Multiple Sclerosis Can Exercise More, With Periodic Breaks 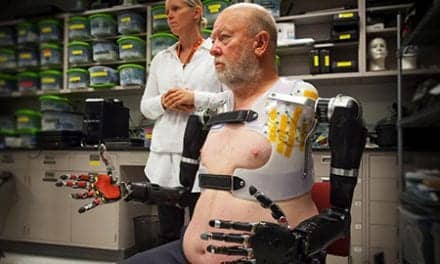