Average SDAI values were lower at all time points, including baseline, for those who achieved remission at 1 year compared to those whose disease activity was high at 1 year.

The data were fully validated in late RA, using pooled data from clinical trials of MTX and of TNF inhibitor plus MTX involving 712 patients.

In an interview with Reuters Health, Dr. Smolen noted that his team had gained two major insights.

"Second, and more importantly, it appears to just take 3 to 6 months of treatment to gain information on the longer-term efficacy," he said. "If by 3 to 6 months patients have not reached the low disease activity range, their chances of achieving remission are low," he said. "Since we see halt of joint damage on MTX only in remission, this is an important piece of information."

"By assessing their RA patients on a regular basis, such as every 3 months … physicians will be able to make therapeutic decisions within 3 to 6 months from start of a new treatment," Dr. Smolen concluded. "We would hope that this would allow more patients to reach the desired state of remission." 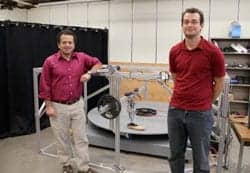