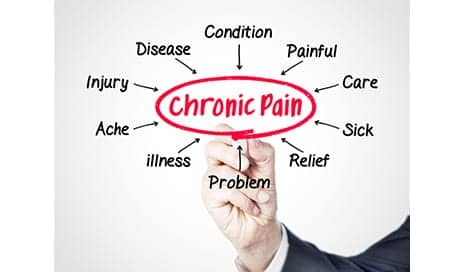 Recently released study results suggests that among chronic pain patients taking opioids and topical analgesics for their pain, half of them discontinued their opioid use and showed improvement in their pain after 3 to 6 months of treatment.

The study, performed by researchers from Clarity Science, was performed on a subset of opioid-experienced patients from the Institutional Review Board (IRB)-approved “Optimizing Patient Experience and Response to Topical Analgesics (OPERA) Study,” and was published in the Journal of Postgraduate Medicine.

The study included 121 chronic pain patients who were taking opioids at the beginning of the study.

Concurrent medications decreased by 65% after 3 months, and 74% after 6 months, and there were statistically significant decreases in pain severity and interference scores within both groups. Lastly, less than 2% of patients reported minimal side effects associated with the topical medication.

“In addition to previous results showing that topical analgesics were associated with reductions of up to 60% in the use of concurrent pain medications, including oral opioid analgesics, we now have data reflecting discontinuation of opioids after being treated with this therapy for 3- and 6-months,” says Jeffrey Gudin, the lead investigator of the study and the Director of Pain and Palliative Care at Englewood Hospital in New Jersey, in the release.

“We hope the results of this study empower the payors to re-evaluate how they address coverage of treatments for their patients experiencing chronic pain,” states Peter Hurwitz, president of Clarity and an author of the study, in the release.

“We have heard in the past that there is not sufficient scientific evidence supporting the use of topical analgesics for the management of chronic pain. With the focus on reducing the number of patients being prescribed opioids, other available therapeutic options must be considered to allow their patient-members in pain to be properly treated and managed,” he adds.

Results from the original OPERA study for the total study population of 631 were published in the October 2017 issue of Journal of Pain Research.