Understanding how to optimize neurochemistry for well-being

The COVID-19 pandemic triggered emotional and financial stress worldwide. Vaccines have provided some relief from social and personal restrictions brought on by the pandemic, and lifestyles are slowly gathering a sense of normalcy. As that normalcy inches back, however, many who weathered the pandemic have a heightened awareness about the need to manage their stress and minimize the potential it has to cause depression. Those concerns about depression are real and underscored by data from the National Institute of Mental Health (NIMH) that estimate 17.3 million U.S. adults experience at least one depression episode over the course of a year1—even in normal times. The high level of stressors rooted in socioeconomics, politics, and concerns about the environment and personal health elevated our baseline level of stress to the point where this became the new normal.

Burdensome stressors can be modulated, however. The potential to control harmful stressors lies in evidence that shows brain health is influenced by a balance of chemicals in the body that can be manipulated through experiences. This balance applies to health perspectives in the realms of physical, mental, and intellectual—evidenced most clearly in the motor symptoms associated with Parkinson’s disease.

Balance, as it relates to mental health, is rooted in multiple factors that include genetic differences, experiences, and environment. Balance is a dynamic state that exists on a continuum of “normal” and can be only partially controlled. Balance is transient even under optimum conditions, yet an individual can exercise some degree of control in achieving balance. One strategy an individual can use to control his or her sense of balance is captured in the phrase, “Find your run.” In this case “run” is an analogy to something that provides enjoyment and a choice-driven sense of wellness, allowing the positive effects of serotonin to fall under one’s control. Serotonin is a neurotransmitter and neuromodulator that is present in the brain consistently yet released in varying degrees and at varying times. Serotonin is one of nearly 30 neurotransmitters in the human body, each with specific purposes, regions, and receptors in the brain. Among neurotransmitters serotonin is in the class of monoamines; one of seven different classes of neurotransmitters.

A simplified way to understand the release of serotonin is to think of it as the result of a choice someone makes because, “It is good for me.” When serotonin binds to its receptors, it functions as an antidepressant. Serotonin should not be confused with dopamine, a neurotransmitter associated with a person’s reward system that is released as the result of a success. Types of success or accomplishment that may cause a dopamine release include those obtained through physical or athletic competition, intercourse, gambling, or eating a favorite food. In contrast, oxytocin, also a neurotransmitter, is released through activities such as Good Samaritan acts or doing something to improve the community. The mechanisms that release serotonin differ from those that release oxytocin or dopamine. To facilitate the release of serotonin, an action, task, or choice to avoid something potentially harmful is needed. Activities that may trigger a serotonin release are things in which a person engages for one’s own wellness—such as ordering a low-calorie entrée.

As a proven natural antidepressant, serotonin is a key ingredient in many medications classified as Selective Serotonin Reuptake Inhibitors (SSRIs). SSRIs are designed physiologically to “keep serotonin around.” Clinicians are familiar with many of the commercial names for these medications that include Prozac, Paxil, and Zoloft. What they may be less familiar with is that individuals themselves have the power to facilitate the release and maintenance of serotonin in the brain naturally, without any supplement.

How Serotonin is Released

The release of serotonin and the two components that foster that action can be explained simply. To cause the release, a person first must intentionally choose an action that provides wellness. The second requirement is for the action to be of the person’s own choosing. There must be a clear choice the individual makes without external pressures if the release is to function correctly. External pressures can cause stress that increases the release of antagonistic (opposing) neurotransmitters and modulators such as adrenaline and cortisol; increasing feelings of fear and the desire to flee.

Some of the actions one might intentionally choose without external pressure include singing, writing, doing arts and crafts, and various forms of exercise and expression. Even the simple act of choosing clothes may aid in the release of serotonin by making choices that are comfortable, feel good, and are flattering. Work, too, may provide a similar effect if it feels important to an individual or is perceived to add value to the company or community. As for the authors of this article, running, providing physical therapy, consuming new information, and writing are activities that provide personal joy.

To optimize one’s serotonin release it may be helpful to self-reflect. For example, when taking a break from work you may ask yourself whether you are engaging in positive thoughts about the remainder of the day, your life situations, upcoming days/events, and future aspirations. Likewise, at mealtimes, you may ask yourself whether you are choosing something that meets your definition of healthy. The deeply personal mechanisms that control the release of serotonin make it important to ask questions such as these. If an individual perceives that his or her preferred activities meet the criteria of “choice” and “autonomy,” those activities may release serotonin.

It is important to note that engaging in consistent exercise is one of the most effective ways to release serotonin. A variety of activities such as walking, yoga, Pilates, tai chi, weightlifting, swimming, cycling, and dancing constitute exercise that can function as a powerful antidepressant. It is important to keep in mind, however, that exercise performed under extreme stress or as the result of unwanted pressure can do more harm than good.

Stress Can Be Beneficial

Humans do not need a constant stream of positive choices to release serotonin. On the contrary, having stress in one’s life can be healthy. As an example, achieving success in the face of adversity may create a heightened sense of well-being, especially in situations when such a result is not expected. In physical therapy and occupational therapy a sense of autonomy may be entwined with functional ability, which offers PTs and OTs an example of how the principles of autonomy apply in their daily practice. More information about the integral roles of autonomy and purpose can be found in the field of behavioral economics. One of many authors who writes about this is Daniel Pink, who penned, Drive: The Surprising Truth About What Motivates Us (2010).2

Striving for a challenge is motivating, especially when that goal is established internally based on expectations of success and purpose. Expectations of success, autonomy, and external focus (tangible goals) are related and serve as the foundations of our most widely adopted theory of motor learning in rehabilitation, the OPTIMAL motor learning theory.3 Boredom can emerge from too much success, a point that is well established in the often-cited Challenge Point Hypothesis of Guadagnoli and Lee4 as well as research that has studied people months after having won the lottery or athletes the year after being awarded a windfall contract in free agency.

Thus far, the authors of this article have focused on methods that able-bodied individuals can use to harness the power of serotonin. But what about individuals who identify as being affected by a disability? In the United States, there are approximately 61 million people affected by disabilities, comprising 26% of the population.5 Due to the severity of the disability, many of these individuals experience a significant reduction in autonomy, leaving them with fewer opportunities that could result in a serotonin release.

So, what may the able-bodied population do to facilitate an increase in autonomy for their peers with disabilities? Practical pplications could include promoting community events with specific statements about accessibility. Examples of such applications that our communities could benefit from are inclusionary comments about wheelchair accessibility, closed captioning, sign language translators at live events, and perhaps including detailed captions for a sighted assistant to read to those who have minimal to no sight. Even if individuals affected by disabilities choose not to attend an event, watch a video, or hear about a visual art form, they are nonetheless empowered to make the choice.

The effects of these principles may be expanded to the residents of nursing homes or assisted living facilities. Residents in these setting may experience extremely low levels of autonomy ranging from a lack of meal choices to limited activities in which to participate, or limits on interactions or visits with other people. Often the loss of independence/autonomy leads to loneliness and depression. This is not something often discussed as the result of a loss of autonomy but instead is falsely excused as a normal consequence of aging. Communities as a whole must improve efforts to advocate for older adult and elderly populations.

The release of serotonin can take many forms: exercise, intake, clothing, work, avocations, or forms that may be even more subtle. It is possible that you, the reader, may experience a release of serotonin because you read something in this article that will benefit your sense of balance. Thus, the reader may now recognize the level of control he or she possesses and seek other activities that create this effect. Armed with this understanding, it is time to go out and find your “run,” make the choice to practice it, then help clients, patients, friends, and family members find theirs. RM 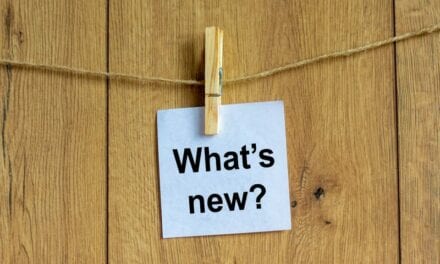 Check Out What’s New from Convaid 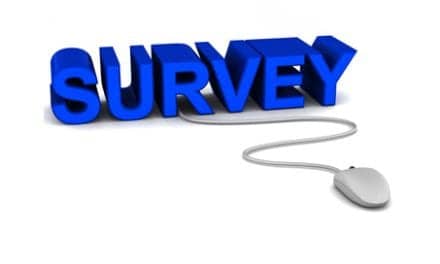