Heels-First is Less Work than Walking on Toes, Balls of Feet

Humans, other great apes, and bears are among the few animals that step first on the heel when walking, and then roll onto the ball of the foot and toes. A study from the University of Utah, Salt Lake City, shows the advantage: Compared with heel-first walking, it takes 53% more energy to walk on the balls of your feet, and 83% more energy to walk on your toes, it says.

“Our heel touches the ground at the start of each step. In most mammals, the heel remains elevated during walking and running,” says biology Professor David Carrier, senior author of the new study being published online on February 12 and in the March 1 print issue of The Journal of Experimental Biology.

“Most mammals—dogs, cats, raccoons— walk and run around on the balls of their feet. Ungulates like horses and deer run and walk on their tiptoes,” he adds. “Few species land on their heel: bears and humans and other great apes—chimps, gorillas, orangutans.”

Economical walking would have helped early human hunter-gatherers find food, he says. Yet, because other great apes also are heel-first walkers, it means the trait evolved before our common ancestors descended from the trees, he adds.

“We [human ancestors] had this foot posture when we were up in the trees,” Carrier says. “Heel-first walking was there in the great apes, but great apes don’t walk long distances. So economy of walking probably doesn’t explain this foot posture [and why it evolved], even though it helps us to walk economically.”

Carrier speculates that a heel-first foot posture “may be advantageous during fighting by increasing stability and applying more torque to the ground to twist, push, and shove. And it increases agility in rapid turning maneuvers during aggressive encounters.”

The study concludes: “Relative to other mammals, humans are economical walkers but not economical runners. Given the great distances hunter-gatherers travel, it is not surprising that humans retained a foot posture, inherited from our more arboreal [tree-dwelling] great ape ancestors, that facilitates economical walking.”

The study involved 27 volunteers, mostly athletes in their 20s, 30s, and 40s. Each subject walked or ran three different ways, with each step either heel-first, ball-of-foot first with the heel a bit elevated, or toes first with the heel even more elevated.

In his lab, Carrier and colleagues measured oxygen consumption—and thus energy use—as 11 volunteers wore face masks while walking or running on a treadmill. They also walked on a “force plate” to measure forces exerted on the ground.

Part of the study was conducted at Anders’ lab in Germany, where 16 people walked or ran on a treadmill as scientists monitored activity of muscles that help the ankles, knees, hips, and back do work during walking and running.

Findings of the experiments included:

— “When we walk on the balls of our feet, we take shorter, more frequent strides,” Carrier says. “But this did not make walking less economical.” Putting the heel down first and pivoting onto the ball of the foot makes the stride longer because the full length of the foot is added to the length of the step. But that has no effect on energy use.

— The researchers wondered if stepping first on the balls of the feet took more energy than walking heel-first because people are less stable on their toes or balls of the feet. But increased stability did not explain why heel-first walking uses less energy.

— Stepping heel-first reduced the up-and-down motion of the body’s center of mass during walking and required less work by the hips, knees, and ankles. Stepping first onto the balls of the feet slows the body more and requires more re-acceleration.

— Heels-first steps also made walking more economical by increasing the transfer of movement or “kinetic” energy to stored or “potential” energy and back again. As a person starts to step forward and downward, stored energy is changed to motion or kinetic energy. Then, as weight shifts onto the foot and the person moved forward and upward, their speed slows down, so the kinetic energy of motion is converted back into stored or potential energy. The study found that stepping first onto the balls of the feet made this energy exchange less efficient that walking heels-first.

— Heel-first walking also reduced the “ground reaction force moment” at the ankle. That means stepping first onto the ball of the foot “decreases the leverage, decreases the mechanical advantage” compared with walking heel-first, Carrier says.

In sum, walking heel-first is not more economical because it is more stable or involves fewer, longer strides, but because when we land on our heels, less energy is lost to the ground, we have more leverage, and kinetic and potential energy are converted more efficiently.

If heel-first walking is so economical, why do so many animals walk other ways?

“They are adapted for running,” Carrier says. “They’ve compromised their economy of walking for the economy of running.”

When people run, why is there no difference in the amount of energy they expend when stepping first onto their heels versus the balls of their feet or toes?

The answer is unknown, but “if you land on your heel when you run, the force underneath the foot shoots very quickly to the ball of your foot,” Carrier says. “Even when we run with a heel plant, most of the step our weight is supported by the ball of our foot. Lots of elite athletes, whether sprinters or distance runners, don’t land on their heel. Many of them run on the balls of their feet,” as do people who run barefoot. That appears to be the natural ancestral condition for early human runners, he adds.

“The important thing is we are remarkable economical walkers,” Carrier says. “We are not efficient runners. In fact, we consume more energy to run than the typical mammal our size. But we are exceptionally economical walkers.”

“This study suggests that one of the things that may explain such economy is the unusual structure of our foot,” he adds. “The whole foot contacts the ground when we walk. We have a big heel. Our big toe is as long as our other toes and is much more robust. Our big toe also is parallel to and right next to the second toe.”

“These features are distinct among apes, and provide the mechanical basis for economical walking. No other primate or mammal could fit into human shoes.” 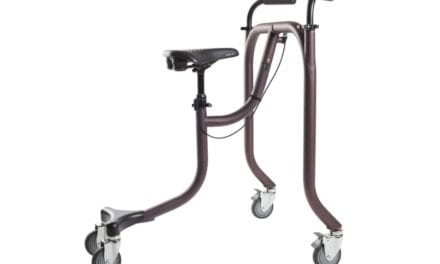 Stay Active at Home with the BiKube Walker 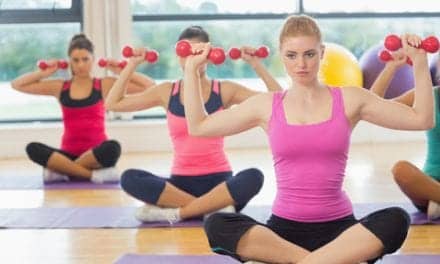