REHACARE INTERNATIONAL 2007 attracted 47,000 attendees to its 18th International Trade Fair and Congress for Rehabilitation, Care, Prevention and Integration, October 3-6. The recently announced figures from the Düsseldorf, Germany, show reflect the drawing power the event which featured rehabilitation products and assistive devices presented by 809 exhibitors from 32 countries.

“For those with special needs or requiring care as well as specialists in these fields, REHACARE is a firm date on the annual calendar,” Wilhelm Niedergöker, Managing Director of Messe Düsseldorf, says. “Clearly, the demand for innovative assistive devices is huge. But in the climate of saving prevalent in the public health system, this demand is prevented from reaching its full potential.”

Traffic at the event was hampered by autumn school holidays and public transportation strikes, according to a source from the show, which noted a decrease in the number of visitors compared to the show’s 2006 staging. The source reported that exhibitors were nevertheless pleased with the event’s results.

“On a national and international scale, the visitors in Düsseldorf are of the highest calibre. For us, REHACARE 2007 was a successful event,” Norbert Aumann, Managing Director of Otto Bock HealthCare, says.

A survey cited in a news release from Messe Düsseldorf North America reported two out of three REHACARE visitors were searching for new trends and developments and 96% found what they were looking. About 50% reported that they already placed orders at the trade fair or intended to place them after the event. Visitors were primarily interested in walking aids and mobility assistive devices, wheelchairs and vehicles as well as daily living aids.

REHACARE’s main topic, “barrier-free building and living,” was reflected by a theme park “Living Dream” in Hall 6, which reportedly was popular among architecture and construction professionals as well as with private individuals interested in gathering advice and information on barrier-free home design ideas.

“BAG SELBSTHILFE considers it a positive sign that after so many years, those with special needs or requiring care, their interests and their key information platform REHACARE are once again receiving attention at the highest political level,” Friedel Rinn, head of BAG SELBSTHILFE, says. During the health minister’s tour of the trade fair, Schmidt referred to REHACARE as “an important trade fair that showcases the opportunities created by innovative technologies which are today available to those with special needs or requiring care.”

The next REHACARE INTERNATIONAL will be October 15-18, 2008 in Düsseldorf, Germany.

AOTA Offers Tips for Getting Involved in OT Month in April 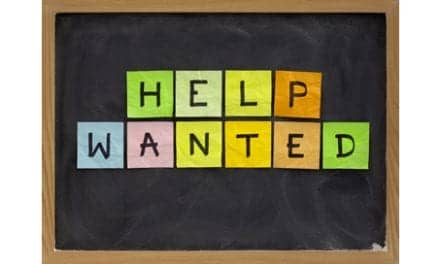 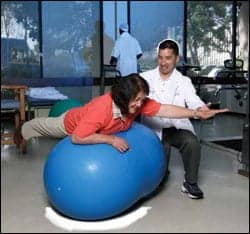 What Do You Need?