The Extreme Volatility of Health Reform

As President Barack Obama signed the Patient Protection and Affordable Care Act (PPACA) into law on March 23, 2010, Attorney Generals from across the nation came together and brought suits against the Federal government challenging a key provision of the reform law that will essentially affect every American. A 20-state coalition, including Attorney Generals from Florida, Utah, Michigan, North Dakota, Washington, Nebraska, Arizona, Alaska, and Virginia, have challenged the “Mandatory Insurance” requirement that would come into effect in the year 2014. Recently, a Virginia court ruled that the mandate violated the United States Constitution.

Section 1501 of the PPACA, titled “Requirement to Maintain Minimum Essential Coverage,” mandates that every person carry a minimum level of health insurance by the year 2014 or else face annual penalties. It was enacted as a solution to help combat the $43 billion borne by doctors, hospitals, insured individuals, taxpayers, and small businesses in 2008 for treatment of uninsured citizens. However, much of the public, and many Attorney Generals, have expressed their opposition to this part of the law, and have taken steps to combat it from changing the lives of millions of Americans within the next few years.

Virginia Attorney General Ken Cuccinelli II was one of the initial challengers to take a stand against the US Departments of Health and Human Services, Treasury, and Labor. Attacking the mandate as a Congressional overreach of authority and power to regulate interstate commerce, he firmly relied on the Constitution to defend the argument that Congress was not regulating economic activity but rather economic inactivity. On December 13, 2010, Federal Judge Henry E. Hudson of Virginia agreed and declared the individual insurance mandate unconstitutional.

The same legal arguments are continuing to surface in pending suits brought by other Republican Attorney Generals challenging this provision. Jon Bruning of Nebraska described the Virginia ruling as an “important step toward limiting the reach of the Federal government.” Bill McCollum of Florida and Greg Abbott of Texas follow the same logic and have collectively brought suit to end such unconstitutional behavior.

However, supporters of the mandate have an entirely different interpretation of the Constitutional authority that allows enactment of this mandate. They look to the Commerce Clause as providing broad powers in instances where the activity substantially affects interstate commerce. It is argued that individuals who forego health insurance and subsequently become ill end up shifting their costs to others, thus affecting the health care market and the economy. It is under this interpretation that the uninsured, who have voluntarily opted out of the system, continue to be an integral part of it. Regulation of their inadvertent activity is the justification upon which supporters of the mandate rely.

This debate will prove to be a challenge for the courts, and possibly even the Supreme Court, in determining whether the mandatory minimum insurance requirement is permitted under the laws of the Constitution. Nevertheless, until a final determination comes down, the volatility of what the health reform holds will continue to place doubt, fear, and speculation in the minds of the public.

ANXIETY OF ANTICIPATION VS EXECUTION

As the beneficiary of this new health care reform that our nation is slowly undergoing and embracing, the American people have remained a constant figure in the spotlight. However, it is the same American people who understand the least of a health reform that will undoubtedly affect them the most. With the unknown comes fear, anxiety, and hesitation, and it is this uneasiness that has made acceptance of this reform so difficult for many Americans.

The individual insurance mandate under the health reform law will not take effect until the year 2014. Additionally, many of the other major reform provisions will not commence until 2018. Essentially, this gives Americans 3 to 7 years to understand their responsibilities and rights under the new law. However, a lot can happen within these anticipatory years prior to execution that has raised concern for patients and providers alike.

The primary question on everyone’s mind is whether the mandatory insurance requirement will even exist in 2014. As provisions of the mandate are currently being litigated in courts all over the country, one wonders what will happen to the provision as changes in power and in the composition of the courts and Congress take place before the mandate is even implemented. Will the mandate collapse, causing the pre-existing conditions provision to collapse as well? Will quality of care decrease as a result of 32 million Americans being covered? Will citizens postpone medical treatment until 2014 so they are covered?

The harms associated with waiting for the provision to kick in are many. People will be forced to sacrifice personal well-being in order to have medical care covered by insurance. Individuals who want to have insurance will have to wait until 2014, as federal subsidies associated with the mandate will not take effect until then. Furthermore, harms associated with the actual execution of the mandate can also be seen. Individuals will now be forced to pay for insurance or pay a penalty that becomes substantial in nature after a few years. Many speculate whether physicians and hospitals will provide lesser quality of care as 32 million Americans will now have the opportunity to seek medical care.

Waiting for the implementation of the key provisions that are in the forefront of the health reform has and will undoubtedly continue to produce fear, concern, and anxiety in the minds of many individuals. The only thing to do is learn about the law, understand the benefits and opportunities it will provide, and make educated decisions.

The health care reform law aims at providing health care coverage to essentially all Americans at reasonable cost. Whatever the family size, income, or health history, the purpose of the health reform bill was crafted to allow all individuals to have the same opportunities regarding health care access.

On the other hand, Congress realized that with the expansion of health care coverage came issues regarding quality. Therefore, the health reform bill provided greater focus on accountability and quality initiatives that are presently not seen in the health care arena. One way of focusing on quality was with the voluntary use of Accountable Care Organizations (ACO), as specified in section 3022.

ACO is an integrated health care delivery system composed of a network of primary physicians, hospitals, and specialists that provides care to a defined patient population. These networks would be responsible for meeting quality benchmarks and providing cost-effective care. As a result, they will be rewarded with bonuses if they successfully meet these benchmarks. Under the current fee-for-service Medicare program, providers are incentivized to furnish a higher quantity of care, but not necessarily quality care. By utilizing such a system, the American people can slowly start to put some of their worries and doubts aside.

There is much uncertainty as to what the future holds for the American health care delivery system. The road to reform is not without twists and turns and perhaps even turnarounds.

With every new law comes change. And with change comes hesitation and fear of the unknown. However, one thing is for sure with the passage of this bill, all Americans are deemed to have the right to seek and receive medical treatment; and that is a victory that no one can deny.

Cherilyn G. Murer, JD, CRA, is CEO and founder of the Murer Group, a legal based health care management consulting firm in Joliet, Ill, specializing in strategic analysis and business development. Murer may be reached at (815) 727-3355 or viewed on her Web site at www.murer.com 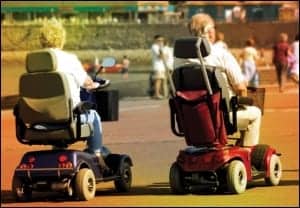 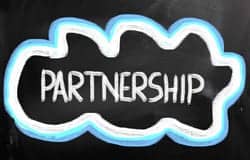 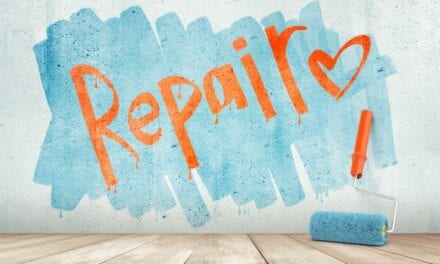 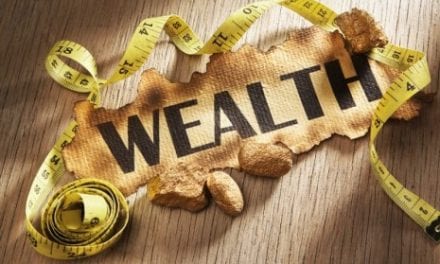