A new study appearing in Stroke: Journal of the American Heart Association indicates that citrus fruit may lower women’s stroke risk. During the prospective study, researchers sought to determine how the consumption of flavonoid subclasses affects the risk of stroke.

According to the study, researchers used 14 years of follow-up data obtained from the Nurse’s Health Study. The data encompassed 69,622 women who reported their food intake and included details about their fruit and vegetable consumption every four years. Researchers report that they studied the potential relationship between the risk of ischemic, hemorrhagic, and total stroke, and the six main subclasses of flavonoids commonly consumed in the US diet, which include flavanones, athocyanins, flavan-3-ols, flavonoid polymers, flavonols, and flavones.

Researchers say the results did not exhibit any beneficial association between total flavonoid consumption and stroke risk. The results reportedly suggested however, that women who consumed high amounts of flavanones in citrus exhibited a 19% lower risk of ischemic stroke than women who consumed smaller amounts.

The study notes that 82% of flavanones came primarily from oranges or orange juice and 14% yielded from grapefruit and grapefruit juice. Researchers recommend citrus fruit intake rather than juice, in regard to the higher sugar content found in commercial fruit juices.

Researchers highlight the necessity of further research to confirm the association between flavanone consumption and stroke risk in order to gain a better of understanding of the potential link between them. 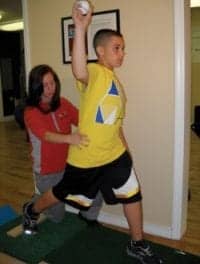