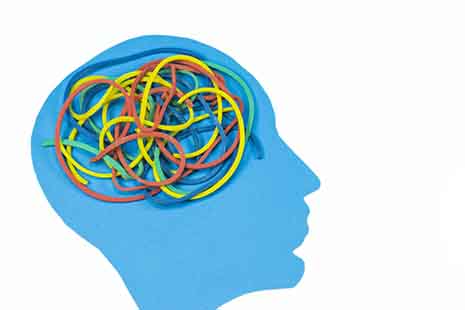 New research, published in the journal Neuron, could help scientists determine how to harness the brain’s plasticity to rewire lost connections resulting from injury or stroke, which could accelerate the development of neuro-prosthetics.

Marc Schieber, MD, PhD, and Kevin Mazurek, PhD, along with the University of Rochester Medical Center Department of Neurology and the Del Monte Institute for Neuroscience, suggest that low levels of electrical stimulation delivered directly to an area of the brain responsible for motor function, disrupted as the result of injury or stroke, can instruct an appropriate response or action, essentially replacing the signals one would normally receive from the parts of the brain that process what one hears, sees, and feels.

“The analogy is what happens when we approach a red light,” Schieber says, in a media release from University of Rochester Medical Center.

“The light itself does not cause us to step on the brake, rather our brain has been trained to process this visual cue and send signals to another parts of the brain that control movement. In this study, what we describe is akin to replacing the red light with an electrical stimulation which the brain has learned to associate with the need to take an action that stops the car.”

The findings could have significant implications for the development of brain-computer interfaces and neuro-prosthetics, which would allow a person to control a prosthetic device by tapping into the electrical activity of their brain.

To be effective, these technologies must not only receive output from the brain but also deliver input, the release continues.

In their study, the researchers trained monkeys to perform a task when presented with a visual cue, either turning, pushing, or pulling specific objects when prompted by different lights. While this occurred, the animals simultaneously received a very mild electrical stimulus called a micro-stimulation in different areas of the premotor cortex—the part of the brain that initiates movement—depending upon the task and light combination.

The researchers then replicated the experiments, but this time omitted the visual cue of the lights and instead only delivered the micro-stimulation. The animals were able to successfully identify and perform the tasks they had learned to associate with the different electrical inputs. When the pairing of micro-stimulation with a particular action was reshuffled, the animals were able to adjust, indicating that the association between stimulation and a specific movement was learned and not fixed, the release explains.

“Most work on the development of inputs to the brain for use with brain-computer interfaces has focused primarily on the sensory areas of the brain,” Mazurek states. “In this study, we show you can expand the neural real estate that can be targeted for therapies. This could be very important for people who have lost function in areas of their brain due to stroke, injury, or other diseases. We can potentially bypass the damaged part of the brain where connections have been lost and deliver information to an intact part of the brain.”