Device to Serve as a “Neural Bypass” for SCIs, Allows for Control of Paralyzed Limb

A partnership between The Ohio State University Wexner Medical Center and Battelle Memorial Institute has paved the way for technology designed to allow the brain to bypass the spinal cord and reconnect it directly to muscles, allowing for voluntary and functional control of a paralyzed limb.

A patient named Ian Burkhart, who is 23 years old and a quadriplegic, recently used the new technology, known as Neurobridge. According to a news release from The Ohio State University Wexner Medical Center, Burkhart was able to move his fingers and hand with his own thoughts thanks to the technology.

See Burkhart and the device in action in this video

The release adds that Burkhart is the first of a potential five participants in a clinical study.

Chad Bouton, research leader at Battelle, explains that the technology in a way mirrors a heart bypass, “but instead of bypassing blood, we’re actually bypassing electrical signals. We’re taking those signals from the brain, going around the injury, and actually going directly to the muscles.”

The release notes that the Neurobridge is engineered to blend algorithms that learn and decode the user’s brain activity and a high-definition muscle stimulation sleeve designed to translate neural impulses from the brain and transmits new signals to the paralyzed limb. It is this ability that allowed Burkhart’s brain signals to bypass his injured spinal cord and move his hand, hence the name Neurobridge, the release says.

The technology reportedly finds it roots in an internally funded project that Batelle scientists have been working on for nearly a decade, developing the technology’s algorithms, software, and stimulation sleeve. During this research, Battelle scientists first recorded neural impulses from an electrode array implanted in a paralyzed individual’s brain. The data was then used to illustrate the device’s impact on the patient and prove its concept.

The release notes that 2 years ago, Bouton and his team began collaborating with Ohio State neuroscience researchers and clinicians Ali Rezai, MD, and Jerry Mysiw, MD, to design clinical trials and validate the feasibility of using the Neurobridge technology in patients.

Rezai implanted a tiny chip into Burkhart’s brain during a 3-hour surgery. The chip is designed to interpret brain signals and sends them to a computer, which recodes and sends them to the high-definition electrode stimulation sleeve that stimulates the appropriate muscles to execute his desired movements.

Rezai explains in the release that, “The surgery required the precise implantation of the microchip sensor in the area of Ian’s brain that controls his arm and hand movements.” Rezai adds that the technology may also one day hold promise for patients impacted by a range of brain and spinal cord injuries, such as stroke and traumatic brain injuries (TBIs).

The noninvasive neurostimulation technology, developed by Battelle in the form of a wearable sleeve, is built to allow for the precise activation of small muscle segments in the arm to enable individual finger movement, along with software that forms a “virtual spinal cord” to allow for coordination of dynamic hand and wrist movements.

The teams at Ohio State and Battelle collaborated to pinpoint the correct sequence of electrodes to stimulate, in order to allow Burkhart to move his fingers and hand functionally. Mysiw points out the significance of this as Burkhart uses different brain signals and muscles to rotate his hand, make a fist, or pinch his fingers together to grasp an object. To refine this effort, Burkhart worked for months during the study, using the electrode sleeve to stimulate his forearm and rebuild his atrophied muscles so they would be more responsive to the electric stimulation.

Mysiw calls the technology a “tremendous stride forward in what we can offer these people. Now we’re examining human-machine interfaces and interactions, and how that type of technology can help.” 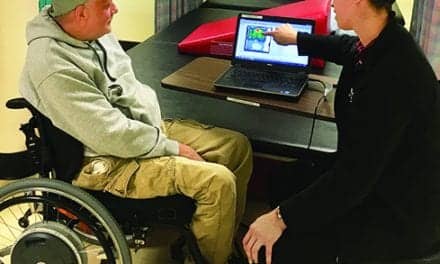 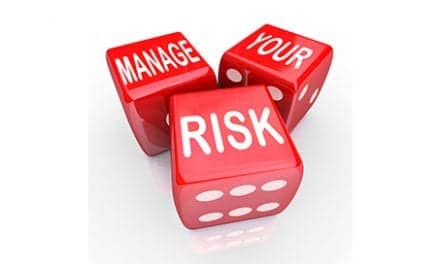 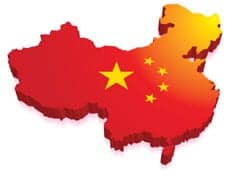