In a 7-1 vote, the committee urged the Food and Drug Administration to approve the Bryan cervical disc with certain conditions. Among them, the FDA should ask Medtronic to study some patients with the device for 10 years.

On Monday the FDA cleared the first artificial disc for the neck, a Medtronic device called Prestige. Other discs are approved for use in the lower back.

The implanted devices are billed as alternatives to spinal fusion. The procedure can relieve pain but restricts movement, while artificial discs are designed to preserve the ability to bend.

The FDA advisory panel said a Medtronic study showed the Bryan disc for the cervical spine worked as well as spinal fusion over the two years that patients were followed. Panelists urged additional study after approval to track how the implant performed longer-term.

"I am quite sure this device is safe and effective, with the caveat of up to two years," said Kathleen Propert, a panel member and University of Pennsylvania statistician.

The company studied 242 patients who had the Bryan device implanted with 221 who had fusion. After two years, the procedure was considered successful in 80.6% of patients with the device, and 70.7% who had fusion.

Patients treated with the Bryan disc "experience exceptional pain relief with the maintenance of their cervical motion," Dr. Rick Sasso, an Indiana spine surgeon who spoke on behalf of Medtronic, told the panel.

Complication rates were similar between fusion and the disc, Medtronic and FDA reviewers said.

Medtronic said the Bryan device proved superior to spinal fusion, but panel members said the company’s results were not strong enough to support that claim.

The Bryan disc is a cylinder-shaped capsule with a polyurethane center between two titanium ends. The Prestige disc is a two-part stainless steel device with a pivoting ball design.

Prestige was superior to fusion on "overall success," a combination of several safety and effectiveness measures, and on various neurological functions such as reflexes, according to the FDA-approved label for the device.

The price of both devices will be similar to fusion surgery, which costs about $32,000 to $34,000, Medtronic spokesman Bert Kelly said. 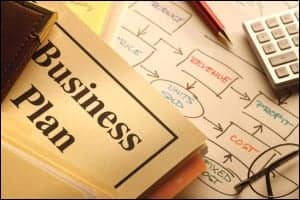