Nichols practices at the San Joaquin Valley Rehabilitation Hospital in Fresno, Calif, in inpatient rehabilitation, specializing in orthopedic, neurological, cardiac, and pulmonary care. He received his master of physical therapy (MPT) degree from California State University, Fresno, in 2009, where he graduated summa cum laude. He is an active member of APTA and a frequent participant at state and national meetings. In 2008 he served as APTA’s National Student Conclave (NSC) representative. He has also served as California’s student delegate at the 2007 and 2008 APTA House of Delegates meetings. For the past 3 years he has attended the California Physical Therapy Association’s Annual Conference where he recently presented a poster presentation titled Use of the Nintendo Wii Fit on a Geriatric Faller.

Nichols has received the Darlene Stewart Professional Promise Award and Scholarship, the Phi Kappa Phi Honor Society Award, the AMBUCS Scholar Award, and the San Joaquin Valley Rehab Hospital Student Scholarship. He was also the recipient of the Associated Students Incorporated United States Student Association Scholarship to serve as a student delegate to the 39th Annual USSA March and Lobby Day on Capitol Hill. He visited the office of US Representatives and Senators and gave personal testimony of the challenges facing physical therapist students and of the need to support the Higher Education Act and loan forgiveness programs for physical therapist students.

An Eagle Scout, Nichols gives back to his community by serving as Scout Master for an 11-year-old Boy Scout patrol in Clovis, and he helps care for toddlers at his church. He has volunteered weekends harvesting grapes at his church’s vineyard in Madera, Calif, the largest producer of raisins for humanitarian aid throughout the United States.

Nichols received the award from the APTA Student Assembly, which presents the award each year to one physical therapist student who demonstrates excellence in academic and clinical performance, leadership skills, and community activities. 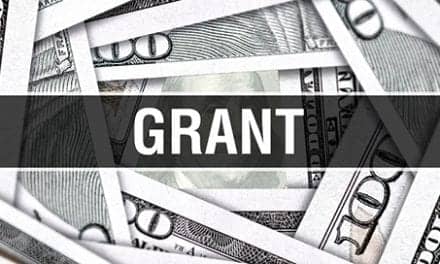 Wheelchair Rugby Puts Athletes Back on the Team