The Government Accountability Office reported that the private plans, known as Medicare Advantage, on average reported spending 85.7 percent of revenue on medical expenses in 2005 but had projected medical expenditures of 90.2 percent of total revenue.

"If after the year was over their medical expenses were lower than they projected, that would enhance their profits," said the report’s author, GAO health care director James Cosgrove.

The report was requested by Rep. Pete Stark, a California Democrat who has been critical of the plans.

On average, MA organizations’ self-reported actual profit margin was 5.1 percent of total revenue, which is approximately $1.14 billion more in profits in 2005 than MA organizations projected.

A 2003 law expanded the Medicare program, the federal health plan for 44 million elderly and disabled, by adding a prescription drug benefit and boosting incentives for private plans to sell insurance.

About 10 million people are enrolled in private plans sold by companies including Humana Inc, Aetna Inc and UnitedHealth Group Inc.

A spokesperson for America’s Health Insurance Plans, which represents major insurers, was not available for comment.

Under rules of the program, if private plans report revenue lower than a set rate, they are required to provide extra benefits or reduce costs to individuals in the program.

The GAO’s analysis included 81 percent of the contracts representing 78 percent of MA enrollment, equivalent to approximately 3.9 million beneficiaries enrolled in 2005.

In responding to the GAO report, the Centers for Medicare and Medicaid Services did not dispute its accuracy but said it should more clearly reflect changes made to the program since 2005.

The agency also said the health status of projected versus enrolled beneficiaries could have produced the discrepancies.

Critics point to government reports that MA plans are paid between 13 and 17 percent more than the government spends treating Medicare patients not enrolled in a private plan. 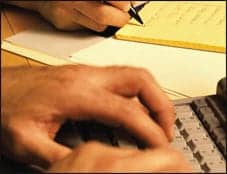 The Precarious State of Medicaid