Licensure Granted to PTAs in Washington

"Our legislative team worked hard with all stakeholder groups, which resulted in there being no opposition to our bill," Rich Bettesworth, PT, president of the chapter, said. "Equally hard work with legislators facilitated a successful legislative process."

Licensure is appropriate for PTAs, the chapter believes, because licensure is the only regulation that guarantees the highest degree of public protection, ensuring that all PTAs will be regulated and have the appropriate education and training background. Thirty-seven states plus the District of Columbia and Puerto Rico license PTAs.

Evidence presented to the Washington State Department of Health demonstrated harm done to patients due to the lack of regulation of PTAs. Because the bordering states of Oregon and Idaho regulate PTAs, evidence indicated that Washington  has become a "magnet state" for PTAs in those states who have been disciplined for improper and illegal practice. 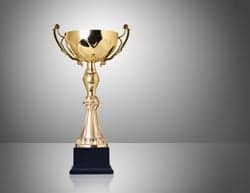