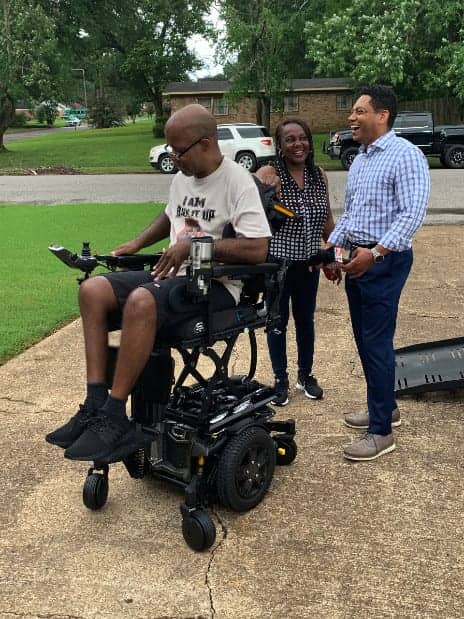 “Back it Up Terry,” the subject of a video that has gone viral on YouTube, received a Quantum Rehab Edge 3 Power Chair with iLevel recently at his Memphis, Tennessee home.

The video, “Back it Up Terry,” has received approximately 4 million views on YouTube. When two GoFundMe accounts were started to purchase a new power wheelchair for the video’s star, Terry Davis, Quantum Rehab and Team Adaptive partnered to donate the chair to him. All the GoFundMe money raised will now go toward an accessible van and home modifications.

“With iLevel, Terry can reach his Steelers cup in the cabinet and he is able to get ice and water for himself,” says Annette Carter, Terry’s mother, in a media release from Quantum Rehab.

“Previously, someone had to do that for him. His grandma does not cook with as much spice as I do, and he is able to reach the spices himself now. Also, I would always have to kiss Terry’s head when I was leaving the house because I can’t always bend down. Now I can just lean over and kiss him.”

“The world is not designed around seated height, and unfortunately, wheelchair users for too long have been excluded from many everyday functional tasks and interactions beyond their physical reach,” states Jay Brislin, vice president of Duryea, Pa-headquartered Quantum Rehab, in the release. “Once we learned Terry needed a new power wheelchair, we had to help. We knew iLevel would be beneficial to Terry, not just in escaping lit fireworks, but in regaining some of his independence.” 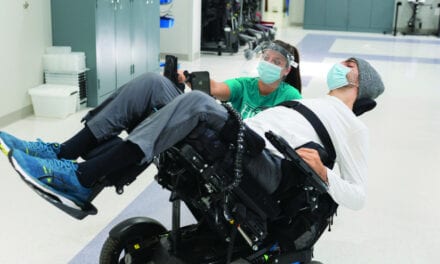 What the Best Wheelchair Configurations Should Have