European Commission figures show up to 27 percent of European men and 38 percent of women are obese. The prevalence of obesity has more than trebled in many European countries since the 1980s, the World Health Organisation says.

"Obesity is the biggest health threat facing the EU in the 21st century. It is a pandemic which will continue to cripple our economy if member states do not act now," EU Health Commissioner Markos Kyprianou told Reuters in an interview.

Obesity-related illnesses are estimated to account for as much as 7 percent of healthcare costs across the 27-member bloc.

"Obese kids of today are the obese adults of tomorrow, which will be a huge burden on the health services of our countries and will damage the competitiveness of our industry through people being unable to do their job properly and the cost through days off," Kyprianou said.

The European Commission and European soccer’s governing body UEFA announced on Thursday they were teaming up in an advertising campaign aimed at getting people, particularly children, to take exercise.

The campaign — with the slogan "go on, get out of your armchair, get active" — will be broadcast to around 100 million viewers during each Champions League match week from September until the May end of the soccer season.

UEFA has given the 30-second slot for free.

"They (UEFA) realise that too many people are sitting at home watching television and not going out and getting involved in sport," Kyprianou said.

"Kids are playing PlayStations instead of kicking a ball on the street. But we are not seeking future footballers, we just want kids to have fun doing any form of exercise."

"Member states need to take an innovative approach. They need to take on more trainers in schools, get teachers to teach more about nutrition. But in a fun way and make it cool to eat fruit and vegetables," Kyprianou said.

"Local authorities also need to invest in more green spaces and courts etc. to make it accessible for kids to get out and enjoy themselves."

APTA Annual Conference and Exhibition Set For Next Week

10 States Where Patients Scrutinize Insurance Exchange Programs the Most 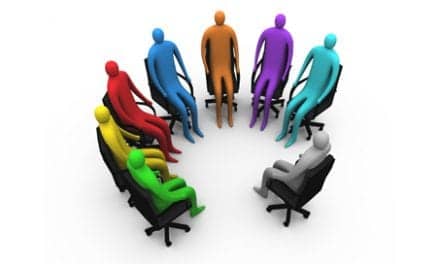