Solomon Nathaniel of Sterling Heights, Mich, has pleaded guilty in US District Court in Detroit to participating in a conspiracy to defraud the Medicare program, according to a statement released by the US Department of Justice, Washington.

In his guilty plea today, Nathaniel, 51, a licensed physical therapist, admitted that he worked as a contract therapist for Suresh Chand, a co-conspirator who pleaded guilty to similar charges on September 29, the statement says. Chand owned and controlled several companies operating in the Detroit area that purported to provide physical and occupational therapy services to Medicare beneficiaries. Nathaniel admitted that he, Chand, and others created fictitious therapy files appearing to document physical and occupational therapy services provided to Medicare beneficiaries, when in fact no such services had been provided, according to the statement. According to court documents, the fictitious services reflected in the files were billed to Medicare through sham Medicare providers controlled by Chand and other co-conspirators.

According to plea documents, Chand acknowledged that in order to create the fictitious therapy files, he and his co-conspirators paid cash kickbacks and other inducements to Medicare beneficiaries in exchange for the beneficiaries’ Medicare numbers and signatures on documents falsely indicating that they had received physical or occupational therapy. Nathaniel admitted that he was among the licensed physical or occupational therapists from whom Chand obtained signatures on fictitious "progress notes" and other documents falsely indicating that the therapists had provided services to the Medicare beneficiaries.

The case is being prosecuted by trial attorneys John K. Neal and Gejaa T. Gobena of the Criminal Division’s Fraud Section and by Special Assistant US Attorney Thomas W. Beimers of the Eastern District of Michigan. The FBI and the HHS Office of Inspector General (HHS-OIG) conducted the investigation, says the statement.

The case was brought as part of the Medicare Fraud Strike Force, supervised by Deputy Chief Kirk Ogrosky of the Criminal Division’s Fraud Section and US Attorney Terrence Berg of the Eastern District of Michigan. Since their inception in March 2007, Strike Force operations in four districts have resulted in indictments of 310 individuals who collectively have falsely billed the Medicare program for more than $680 million. In addition, HHS’ Centers for Medicare and Medicaid Services, working in conjunction with the HHS-OIG, are taking steps to increase accountability and decrease the presence of fraudulent providers, says the statement.

[Source: US Department of Justice] 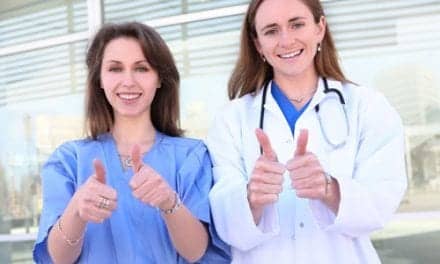