The state-by-state Medicare enrollment numbers released recently by the Centers for Medicare & Medicaid Services shows, according to a news release, that more than 55 million Americans are covered by Medicare.

Per the release, 2015 is the 50th anniversary of Medicare and Medicaid, which were established to help protect the health and well-being of seniors, people with disabilities, and low-income individuals.

In 1966, approximately 19.1 million Americans were covered by Medicare. In 2012, there were nearly 52 million beneficiaries covered by Medicare. Today’s enrollment numbers represent a three million-person increase during the last 3 years as the Baby Boom generation has started to retire, the release explains.

Medicare beneficiaries depend on the program to provide critical health services such as preventive services, including flu shots and diabetes screenings, hospital stays, lab tests, and critical supplies like wheelchairs and prescription drugs, the release continues.

“Over the last 50 years, Medicare has become part of the fabric of our communities, protecting the well-being and financial security of millions of American families as they age or if they become disabled. In doing so, Medicare has kept up with dramatic demographic changes and led the charge toward improving health care delivery,” says Andy Slavitt, CMS acting administrator, in the release.

“As we preserve and advance Medicare for future generations, we are focused on helping build a better system with smarter spending that keeps people healthier,” Slavitt continues.

CMS also releases state-by-state Medicaid enrollments on a monthly basis. As of May 2015, over 71.6 million individuals were enrolled in Medicaid and the Children’s Health Insurance Program (CHIP) with 12.8 million more gaining coverage since 2013, per the release. 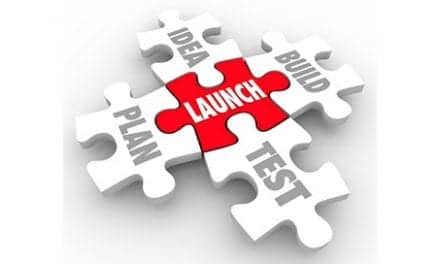 Drive DeVilbiss to Debut Inspired by Drive in the New Year