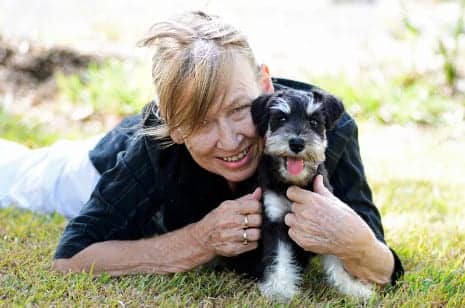 (Reuters Health) – People with pets may be able to use their companion animals to practice techniques for managing chronic pain without medication, researchers say.

In focus group interviews, pet owners over age 70 with chronic pain said their pets brought them joy and laughter, helped them relax, kept them active, and promoted other good habits that can also be marshaled to manage pain, the study team writes in the Journal of Applied Gerontology.

“In part because of the opioid crisis, there is more interest than ever in how people can use cognitive and behavioral strategies to manage common chronic pain conditions with less reliance on medication,” said study leader Mary Janevic, an associate research scientist at the School of Public Health of the University of Michigan in Ann Arbor.

This self-management “toolbox” includes relaxation techniques, physical activity, interaction with pets, and a problem-solving approach to minimize pain’s interference with life, she said.

“This is especially important in older adults, who often experience more harmful side-effects from medication than younger people do,” Janevic told Reuters Health by email.

The study team conducted focus groups with 25 dog and cat owners who had experienced persistent pain at least half of their days during the prior six months. The owners lived full-time with their pet and interacted four or more times per day through petting, talking to, playing with, walking with, sitting with, feeding or grooming their pet.

The owners described how their pets affect their daily routines and health, including pain, fatigue and barriers to pet care. The research team analyzed the transcripts for themes and categories matching the types of techniques used in pain management: mood management, relaxation, distraction, physical activity, behavioral changes, social interaction and sleep.

Overall, pet owners reported that their animals increased positive feelings, had a soothing presence, encouraged activity through walking, motivated activity even when they were in pain, facilitated socializing, and encouraged a regular daily routine and sleep routine. They described their pets as sources of comfort, patience, support and protection. Importantly, pets “kept them going” and helped them to avoid a downward spiral of inactivity, which can lead to mood problems and more pain.

“My partner died two years ago, and then his children sued me, so it was really a terrible, terrible time,” one participant said. “I don’t think I would have gotten out of bed if it wasn’t for the dog. I would have just laid there and not moved because it was so horrible.”

Pets also provided love, companionship and emotional connection, as well as a sense of responsibility, purpose and being needed by another living creature.

“Positive emotions are natural pain-killers, and they affect our brain chemistry just like medications do,” Janevic said.

At the same time, some owners mentioned challenges of pet ownership, such as worrying about finding care for their pet when they’re unable, monitoring their pet’s health, having enough money for pet care, and anticipating grief over losing a pet. A few owners mentioned occasional sleep interruptions due to their pets.

Older adults shouldn’t buy a new pet to solve their chronic pain problems if they don’t already have one, Janevic said, cautioning that pets aren’t for everyone.

“Pets have very different temperaments and behaviors (unlike therapy animals) and therefore a given pet may or may not be helpful for a particular health issue, including chronic pain,” she said.

The researchers are also investigating other ways that owning or having regular contact with a pet in a community setting may benefit cognitive function such as memory, motor speed and loneliness.

“Rates of pet ownership decline with advancing age, highlighting the importance of supporting older adults to retain their pets so they may continue to experience the many health and wellbeing benefits pets offer,” said Nancy Gee, a Fredonia, New York-based research manager for Human-Animal Interaction for Mars Petcare’s Waltham center in Leicester, UK.

“Make the most of the power of pets,” Gee, who wasn’t involved in the study, told Reuters Health by email. “Pets have been shown to benefit people from childhood well into old age and in many different contexts.” 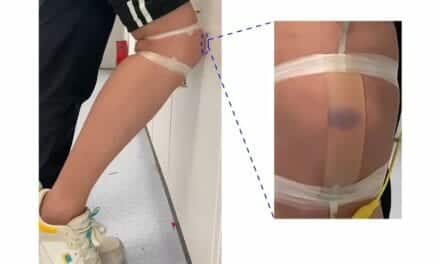