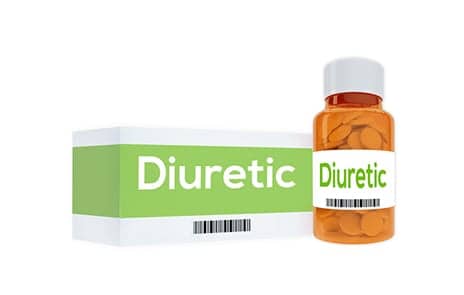 The use of diuretics among individuals with type 2 diabetes (T2D) may be associated with a significantly increased risk of serious problems in their lower limbs that can lead to amputation, according to researchers.

The study was conducted by Dr Louis Potier, Department of Diabetology, Endocrinology and Nutrition, Bichat Hospital, Assistance Publique – Hôpitaux de Paris, Paris, France, and colleagues, and was presented at this year’s annual meeting of the European Association for the Study of Diabetes (EASD) in Berlin, Germany, according to a news release from Diabetologia.

Lower limb events (LLE) in patients with T2D include lower extremity amputations (LEA), and lower limb revascularizations (LLR) such as angioplasty or the bypassing of blocked or damaged blood vessels to prevent amputations.

Recently, it has been observed that individuals with T2D who take canagliflozin—a member of a relatively new type of diabetes drug called an SGLT2 inhibitor—to reduce their blood glucose are at an increased risk of undergoing limb amputations. The authors suggest that this side effect may be caused by drug-induced hypovolaemia (decreased blood volume), and that if this is the case, then diuretics should also increase amputation risk as they have a similar effect.

The team drew their data from SURDIAGENE; a French observational cohort that includes T2D patients enrolled from 2002 until 2012. Participating subjects were followed up until whichever came first out of the onset of LLE, death, or 31 December 2015. There were 1459 studied participants of whom 670 were taking diuretics. During a follow-up period, which averaged 7 years, LLE occurred in 85 (13%) of diuretic users and 57 (7%) of non-users, the release explains.

To better account for difference in characteristics of patients taking or not diuretics, the authors used a propensity score matching approach by matching each patient using diuretics to a comparable non-user patient. Among the 1074 patients included in the matched cohort, those using diuretics had an almost doubled risk (75% higher) of LLE than non-users.

These data was analyzed further and revealed that there was a large increase in the risk of LEA (2.3 times greater in diuretic users than non-users), and while LLR showed a small increase (1.3 times greater in users), this result was not statistically significant.

“Further studies are needed to explore the role of drug-induced hypovolaemia in the association between the use of diuretics and LLE. The hypovolaemia hypothesis could provide an explanation for the increased risk of LEA observed with SGLT2 inhibitors,” they add.