On average, 507 people lose a limb every day in the United States. This number is expected to almost double by 2050 unless a major public awareness campaign is launched and key prevention initiatives put in place, according to a task force convened by the Amputee Coalition of America, Knoxville, Tenn.

The Limb Loss Task Force recently met in Washington to develop a series of recommendations that will serve as the roadmap to limb loss prevention and improved care for amputees nationwide.

Task force members reviewed in-depth facts and figures that they say demonstrate the urgency for a strategic approach to limb loss prevention and improved amputee care such as:

•       Diabetes and vascular disease are the leading causes of limb loss and major drivers of increased limb loss incidence in the United States.

•       75% of acquired pediatric amputations are from trauma–most notable is that, on average, 600 children lose a limb due to a lawnmower accident each year.

•       Minorities are at higher risk for limb los– African Americans are four times more likely to lose a lower limb than Caucasians of similar age and gender.

•       As you age, your risk increases for limb loss, especially if you are an African American over the age of 35.

•       Amputee care is not consistent throughout the country. Studies show inpatient rehabilitation care following amputation significantly reduces re-amputation and mortality, but not all health care systems include inpatient rehab care for amputees.

The task force, consisting of experts in limb loss–physical therapists, prosthetists, physicians, podiatrists, nurses, health behavior experts, and researchers from the private and public sectors, the military, and the federal government–recommended a four-point action plan.

•       Create a model for amputee rehabilitation/community reintegration and early limb loss prevention to be implemented in hospitals and clinics across the country.

The Limb Loss Task Force recommendations will be forwarded to the Amputee Coalition’s board of directors for discussion at their June meeting.

The Amputee Coalition is a national nonprofit organization that aims to empower people affected by limb loss. 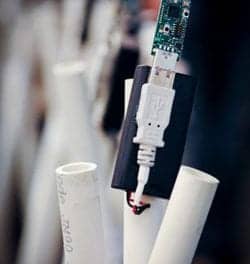